How to Watch Next Week’s Total Solar Eclipse Online, If You Can’t Actually See It 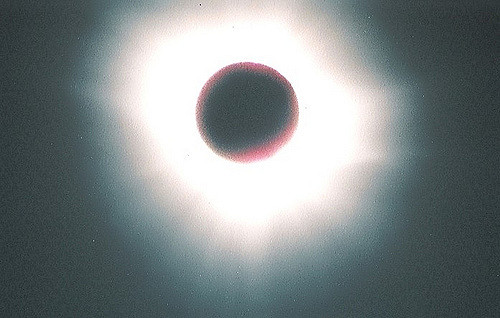 Next week, on Monday, August 21, a total solar eclipse will race across the United States from northwest to southeast, allowing many people to see a near-total eclipse and a 70-mile-wide strip to observe a fully blocked Sun. No matter where you are across the country or continent, you’ll probably want to watch at least part of it with your own eyes (and some safe eclipse glasses), but you can also experience totality vicariously through some live eclipse coverage.

While it’s well worth getting to the path of totality yourself if it’s anywhere nearby (there’s an interactive map to help you figure out where to be and when), as it’s quite a unique experience, those who can’t make it—or who can’t view the eclipse at all for any other reason—won’t be completely left out. Not only will you likely be able to find tons of images and video on social media, but there will be plenty of video streams both online and in TV coverage.

Of course, NASA is running coverage online over on NASA TV, with two separate streams of a “Raw Media Feed” and a “Through the Eyes of NASA” segment, beginning with a 12PM EDT pre-show and running until 4PM. Keep in mind that, while that’s a wide viewing window, a total solar eclipse only lasts for a maximum of a few minutes in any given location, so you’ll want to be aware of when to look for that. NASA’s streaming from Charleston, South Carolina, where the total solar eclipse will begin at about 2:47PM and last for about a minute and a half.

CNN is also live streaming, and they’re pulling out all the stops with a full-on 4k virtual reality experience, using multiple cameras along the eclipse’s path to provide views of totality from different locations at different times. You can still watch their stream without a VR headset, though, using your computer or mobile device to tune in and manually adjusting the 360-degree view with your mouse/touchsreen. Their coverage begins at 1PM EDT and runs for two hours, and you can check it out on their site or mobile apps.

On TV, ABC and NBC will have coverage with different correspondents checking in from various points along the eclipse’s path, and the Weather Channel and Science Channel (from Madras, Oregon, where the total eclipse starts at about 1:19PM EDT) will each have their own coverage.