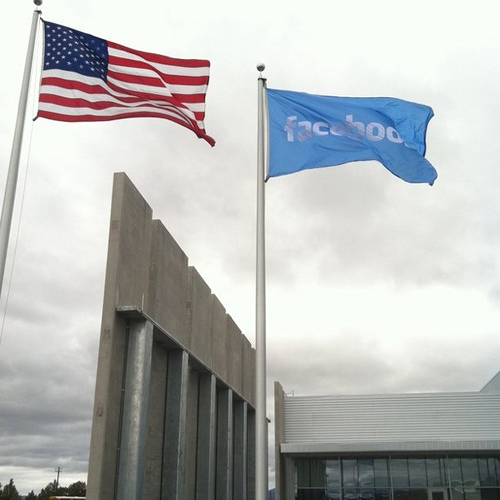 Ah Democracy! Isn’t it grand that we live in a nation where you can vote with your gum? You can even vote from orbit! But now, Washington State is moving toward the next great innovation in the way we elect our leaders: Allowing voters to register on Facebook. The application is scheduled to launch as early as next week.

Nowadays, we do most everything on the Internet. We work online, we play online, and we even get our food online. The Office of Washington’s Secretary of State stated that it would allow voters to register via a Facebook app yesterday in the hopes that it will attract potential voters to the polls. Because it’s on Facebook, the app allows users to like it, comment on it, and refer it to friends. Washington State officials hope that this move will capitalize on Facebook’s massive audience in order to get more people registered and, hopefully, voting.

Wait a second! I don’t want to give out the private information required for voting registration to Facebook! Not to worry, ladies and gentlemen; the Facebook app is merely a overlay for Washington’s official online voting registration site. “You are giving your information to us, not Facebook,” said Shane Hamlin, co-director of elections in Washington, to the Seattle Times. He also assures voters that Facebook will not have access to state records in any way.

Only 13 states have online voter registration services as of 2012; Washington is the first to offer services on Facebook. While it will soon be possible to register online, voters will still have to be physically present at a polling place in order to vote. So yes, you will still have to put pants on in order to perform your civic duty.

(The Seattle Times via Slashdot, title image via Scobleizer)