Warner Bros.: Upcoming DC Movies Will Be “Edgier” Than Marvel’s

At least they didn't say "grittier"? 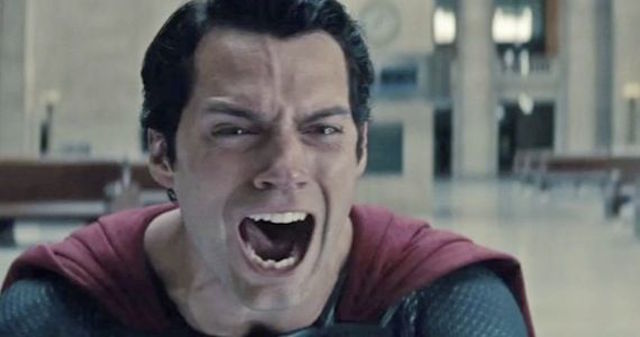 In case all the angst and neck-snapping didn’t clue you in, Warner Bros.’ CEO, Kevin Tsujihara, has confirmed that DC’s planned film universe will be “edgier” than Marvel’s. Good luck with that; tesseracts have lots of edges.

On a conference call about the studio’s upcoming releases, Variety reports that when the focus shifted to the DC film universe including Batman v Superman and Suicide Squad, Tsujihara said, “The worlds of DC are very different. They’re steeped in realism, and they’re a little bit edgier than Marvel’s movies.” So… don’t expect a Superman film less depressing than Man of Steel anytime soon, basically.

Honestly, I don’t mind a little bit of “edginess,” and I’m a big believer that the “gritty reboot” can actually be a lot of fun in its own way—even and sometimes especially when it’s incongruent with the source material. But I’m a bit concerned that DC’s entire film universe will wind up mired in misplaced “edginess,” whereas Marvel’s done a great job so far at letting each character’s personality dictate the tone of their individual movies.

What is encouraging is that Tsujihara mentioned the need for variety, if only in referring to the difference between movies, games, and TV shows. He said, “The key thing is that the movies and the television shows and the games, everything looks very different… you have to be able to take advantage of the diversity of these characters.” Meanwhile, Marvel seems to be taking a similar approach but bringing a “darker” tone to TV—through their Netflix shows—instead of theaters.

I just hope that Warner Bros. decides to bring a little bit of that tonal variety to their film universe so we don’t wind up with a pile of Debbie Downer superhero movies that we all wish would end with Batman v Superman 2: Hug It Out.

You’re right. I was just looking for an excuse to post this meme again.
Worth it.