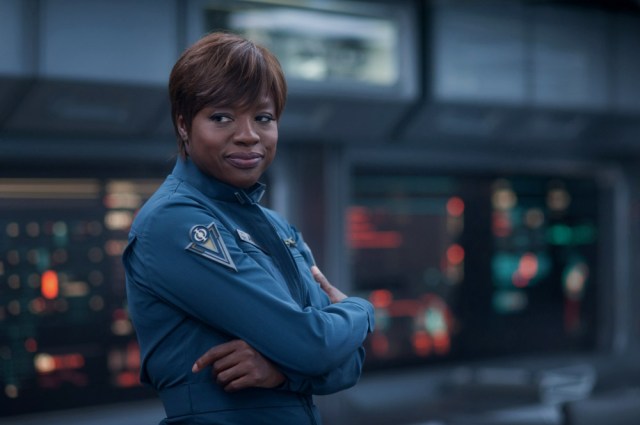 While no official word has been made from Warner Bros. as to the casting of Viola Davis as Amanda Waller in the Suicide Squad movie, thanks to a new interview we know the details just need to be worked out. We also know Davis already has a handle on The Wall.

While doing a press junket for the upcoming hacker film Blackhat, Davis told NerdReport she hasn’t quite started her comic reading research yet, though she said, “I’ve read up about her but I’m working out my schedule for Suicide Squad.”

Davis has a busy work schedule thanks to the new hit How To Get Away With Murder but seems keen for the role.

If the papers do get signed, are you excited to see Davis’ take on Waller? Previously we’ve had CCH Pounder do voice acting for the character (perfectly) in the DC animated universe, Pam Grier on Smallville, Angela Bassett in the Green Lantern film, and most recently Cynthia Addai-Robinson on Arrow.

(via Legion of Leia)