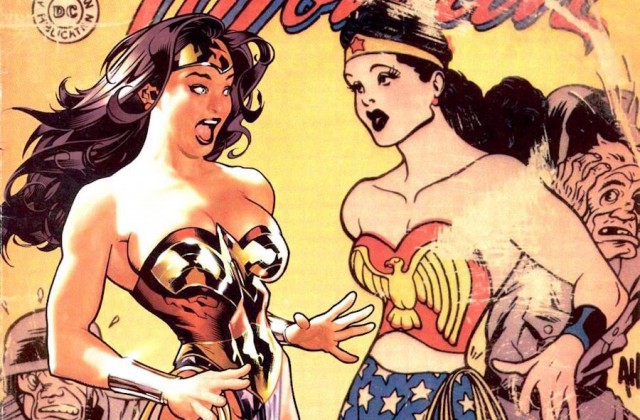 Last time we had news on the first live-action Wonder Woman film, Warner Bros. looked like they were close to hiring a writer. Now it seems they might be going overboard with that whole hiring thing. I guess she really is tricky after all.

Sigh. So there’s really not a whole lot to go on here at the moment. The rumor comes from producer/screenwriter Arash Amel (Grace of Monaco). He tweeted the following:

Someone just told me six writers have been hired to simultaneously write six versions of Wonder Woman movie. WHAT?

Worrying trend of simultaneous dev on major franchises growing. This is wrong on so many levels.

I’m sure Hollywood screenwriter’s career will soon resemble the sweatshop that makes tennis shoes for Nike.

You may recall Warner was also putting writers to work on two different scripts for their Jason Momoa-starring Aquaman film. We have to agree with Amel here that this is not a great trend. Badass Digests’ Devin Faraci tweeted he’s heard they may merge the Wonder Woman scripts, which in my mind could make for a giant mess.

Amel’s other tweets seem to indicate he feels it would actually be illegal for Warner Bros. to do this but I don’t know enough about the Writer’s Guild to comment.

What do you think about this tactic?