Warner Bros. Is Mad That We All Wanted to Watch the Suicide Squad Trailer Because of Reasons

They want to hurt us really, really bad. 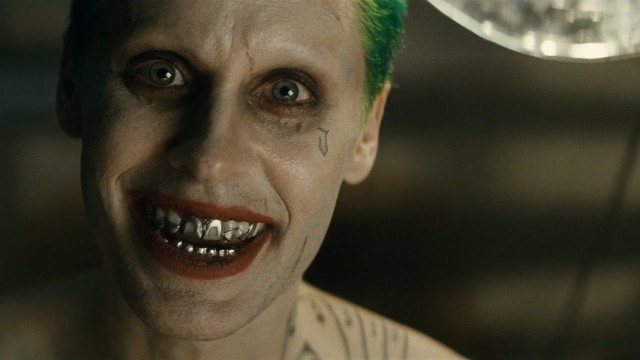 I get wanting to make sure the dedicated fans who made their way to Comic-Con are rewarded with an experience that the rest of us lesser mortals can only dream of, but Warner Bros.’ begrudging admission that it was in their best interest to show us all the Suicide Squad trailer just seems petty.

Like approximately everyone else on the Internet and their cat(s), you watched the leaked Suicide Squad trailer footage over the weekend that somebody took on their phone at San Diego Comic-Con. Warner Bros. had intended the trailer to be an in-person-only experience, but it’s 2015, and everyone has a tiny recording device on them at all times that works 1,000 times better than the camcorder your parents plugged into the VCR to pirate their friends’ VHS tapes. So, of course, the footage was quickly put on the Internet, albeit not exactly in the best quality.

Then, yesterday, realizing that only people stranded on deserted islands or in comas hadn’t seen the poor quality footage, Warner Bros. finally released a high quality version (which you’ve also watched a billion times by now), but they were not happy about it and wanted us all to be clear how they felt.

Here’s the guilt trip they tried to throw on us all—on the trailer’s own Facebook post—like they’re our disappointed parents:

Warner Bros. Pictures and our anti-piracy team have worked tirelessly over the last 48 hours to contain the Suicide Squad footage that was pirated from Hall H on Saturday. We have been unable to achieve that goal. Today we will release the same footage that has been illegally circulating on the web, in the form it was created and high quality with which it was intended to be enjoyed. We regret this decision as it was our intention to keep the footage as a unique experience for the Comic Con crowd, but we cannot continue to allow the film to be represented by the poor quality of the pirated footage stolen from our presentation.

Or to put it another way: 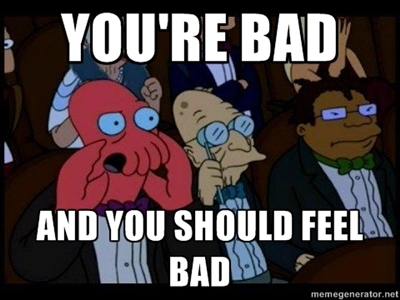 And they’re not wrong. Yes, the footage was copyrighted material technically stolen by virtue of online distribution. But it was also pretty universally hailed as awesome, and being mad at fans for being fans—to the point of openly scolding them in a statement attached to marketing materials—just seems kind of out of touch. As Polygon points out, Marvel has handled similar situations much better in the past, because that’s the world we live in now. Movies don’t have secrets anymore to anyone who’s willing to Google, and it’s time the studios embrace it.