He's more machine than kitteh now. His mind is twisted and evil. 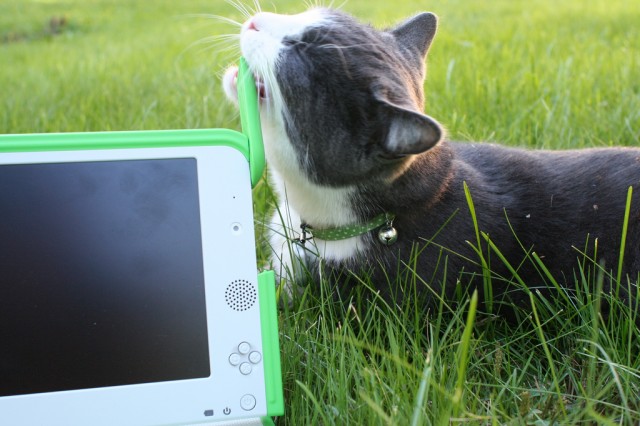 Cats are coming for your Wi-Fi! Well, at least one cat is coming for one neighborhood’s Wi-Fi. Security researcher Gene Bransfield has built the “Warkitteh” collar that lets his cat patrol the neighborhood and sniff out open or vulnerable Wi-Fi networks.

Bransfield created the Warkitteh by equipping his cat Coco’s collar with GPS, Wi-Fi, and Spark Core chip. It basically turned his furry little friend into a furry little wardriver, patrolling an area looking for accessible networks. It used to be done with laptops in cars, but why bother when you can just strap a bunch of tech to your cat and let them do it for you?

The Warkitteh isn’t meant for serious hacking, says Bransfield, but it’s a pretty interesting experiment. It also showed Bransfield that there are “a lot more open and WEP-encrypted hot spots out there than there should be in 2014.”

So basically the lesson here is that if a cat can hack your Wi-Fi connection, you should probably step up your security game. Or at least get a dog.

(via The Verge, image via Eirik Newth)