Maybe you should stop watching all those cat videos. It's starting to affect your laptop. 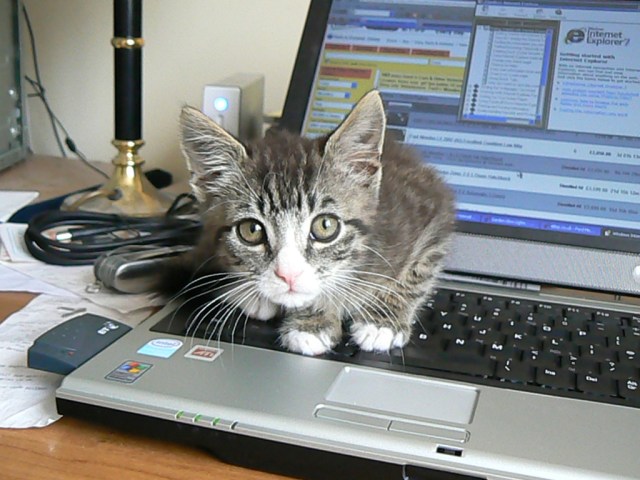 Over the past couple of months, a number of people who’ve purchased a Dell Latitude 6430u have noticed something unusual about their new computers. Namely, that they seem to emit an unbearably awful stench — as if “assembled near a tomcats litter box,” as one user on the Dell hardware support message board put it. And you thought your noisy laptop fan was bad.

The issue first came to light when user called three west complained about it on the aforementioned message board in June of this year, and since then has only gotten more embarrassing. Apparently cleaning the keyboard as Dell initially suggested did nothing to alleviate matters, and several other users began to chime in with their own concerns about the smell.

“I thought for sure one of my cats sprayed it, but there was something faulty with it so I had it replaced,” user horcheta claimed about a month after the thread was first created. “The next one had the same exact issue.  It’s embarrassing taking it to clients because it smells so bad.”

As you can see on the thread, though, at least the Dell team appears to be taking the allegations very seriously — Senior Technical Consultant Steve B has been communicating with thread members since August and seems to believe that they’re close to determining where the problem lies. On October 14th, he posted this:

We really appreciate everyone’s patience as we work thru this issue. The problem has been resolved and the past few weeks I have been waiting on engineering to release detailed information on a root cause and resolution. We are currently waiting on final engineering failure analysis for a definitive root cause which is expected to come any day now. Once we have this, we can make an official comment. In the meantime, I’ll provide a few details of what we do know.

As soon as we have final engineering failure analysis, more information will be posted on how to immediately resolve the issue. We hope to have the information this week so please keep watching this thread.

So hey, it could be worse! Your computer might smell like urine, but it’s not actually urine.

Of course, that didn’t do a whole lot to quell the frustrations of those who’d been saddled with the stink for months without any reprieve. “So when you write that the “problem has been resolved,” do you mean that when I open my computer it will no longer smell like a pack of well hydrated feral cats have used it for target practice resolved, or do you mean that you have resolved the mystery of what has caused the problem?,” user holysmokecp asked. A fair question, to be honest. Also, props for the phrase “well hydrated feral cats.” That would make a great band name.

On Twitter, Steve seems to be pretty confident that he’ll have some kind of update for all of us in the coming week. Now that the story’s been picking up steam, however — a number of British  news outlets have already covered the thread — maybe they’ll be able to devote more time and attention to finding a solution. Although it also does also mean that more people are going to jump onto the thread with false information and ridiculous cat jokes, like this guy did:

I want you to know that I killed our 1 year old cat, thinking it was pissing on my computer each night and now come across THIS forum telling me otherwise.  Not only do I want a new computer, I want a new cat, vet fees, letter of apology and payment for my divorce lawyer, since my wife has left me after finding this out.