With WandaVision, the MCU Has Already Been Kinder to Scarlet Witch Than Decades of Comics 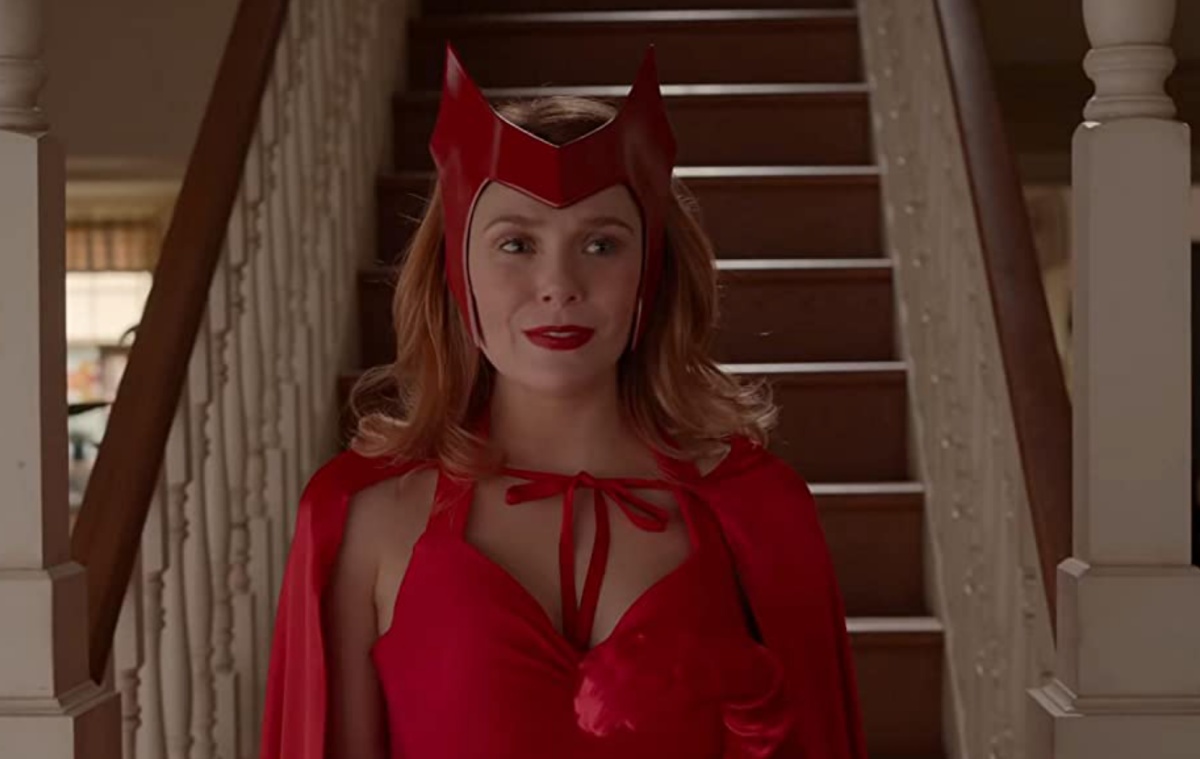 Despite Wanda Maximoff’s fifty-seven year history with Marvel, comics haven’t been exceptionally kind to the Scarlet Witch, which made WandaVision’s deep exploration of her grief a breath of fresh air. Created by Jack Kirby and Stan Lee in 1964, Wanda made her first appearance in comics way back in X-Men #4. Initially a member of the Brotherhood of Evil Mutants, she has since become a staple of the Avengers, appearing in multiple iterations of the team.

There has long been a great duality within the character—hero and villain, mutant and witch, creator and destroyer—due in no small part to the litany of writers who’ve struggled with which direction to take her in. However, throughout her long journey in comics, she hasn’t had much agency, often being defined by her romantic relationships and manipulated, sidelined, or both. Many comic fans will point to House of M as an important arc for Scarlet Witch, and yet, even there, she was little more than a plot device in the major Marvel event.

Calling that series to mind is an understandable impulse, since the truth is that Wanda doesn’t have an overwhelming number of great stories to pull from. Writers have made an effort to rehab the character’s image in the past few years, but Scarlet Witch has long languished in comic book storylines that failed to allow her to live up to her full potential. Meanwhile, on the screen, WandaVision just wrapped its impressive nine-episode run and has already shown the Marvel Cinematic Universe version of Wanda Maximoff far more compassion than House of M ever did for her comic counterpart.

Leading into that story, “Avengers: Disassembled” used Wanda as the catalyst for disbanding Earth’s Mightiest Heroes in order to reconfigure the team and relaunch the title. The arc saw several major characters die (though they inevitably returned) and our heroes left utterly devastated when Wanda completely lost it after being reminded of her lost children by a drunken Janet van Dyne. We got zero insight into Wanda’s state of mind, only witnessing the destruction leveled at her teammates. This twist was never truly earned or properly explained, beyond pointing to Scarlet Witch’s apparently tenuous grasp on her own sanity.

The resulting limited series was House of M, which wasn’t really a Scarlet Witch story at all, so much as a narrative centering primarily on Wolverine as he struggled to set the world right after Wanda reshaped reality. Certainly not a bad story, House of M was a cool concept that left a large imprint on Marvel Comics for years to come thanks to Wanda’s now-infamous line of “No more mutants.” 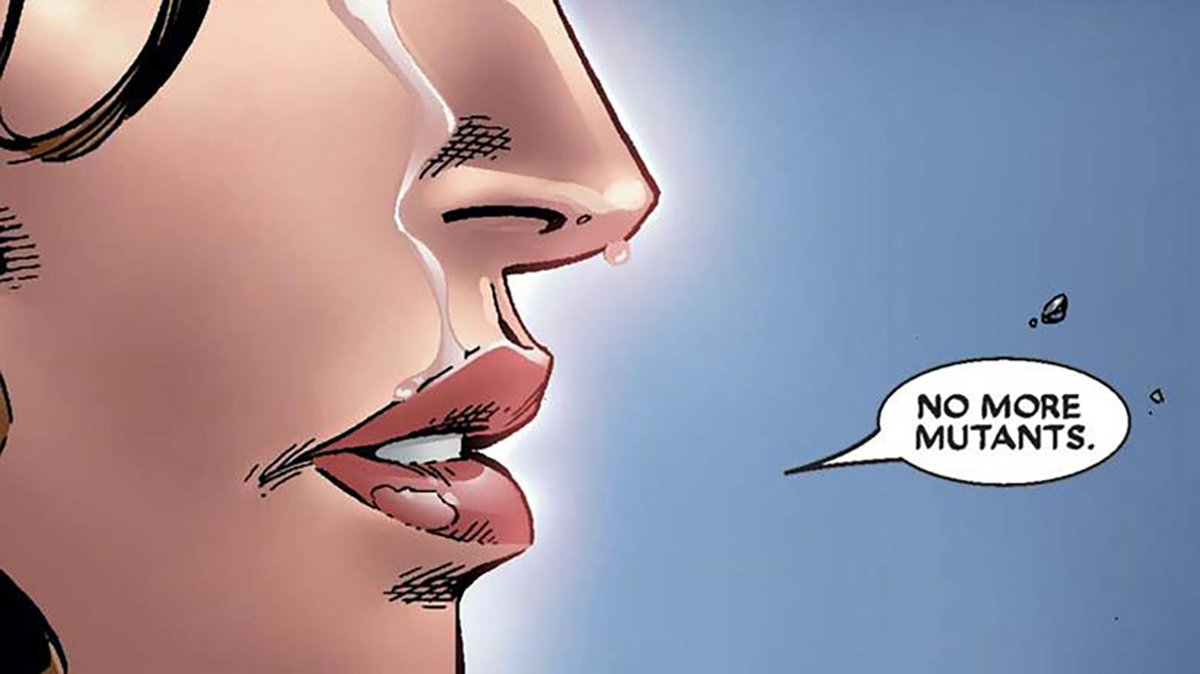 However, it rendered Wanda an unstable woman with no control over her emotions and, by extension, her powers. Aside from that, it completely glossed over her immeasurable trauma and reduced her to a mere plot device, one ultimately controlled by Pietro. Of course, these things all look very different through a 2021 lens than they looked in 2005. Thankfully, certain developments were expanded upon in the rather excellent Avengers: The Children’s Crusade, but Wanda still had little agency, with Doom pulling her strings.

WandaVision and House of M certainly share some DNA, with Wanda living in a new reality of her own making, though the TV series kept that world in a bubble. Like in the comics, Wanda lacked an understanding of her powers, and spiraled out of control due to her overwhelming grief. The Disney+ show, however, chose to actually center and explore Wanda’s trauma, and in the process made her one of the more fully fleshed out characters in the MCU.

Television better lends itself to comic book adaptation than film, due to its episodic nature, and WandaVision showrunner Jac Schaeffer used her time wisely. Not only did she give ample space to understanding Wanda’s frame of mind, but also built her relationship with Vision, which up until that point, had largely taken place off-screen. That’s the reason Vision’s end landed so much harder in WandaVision than his death in Avengers: Infinity War.

WandaVision not only gave the MCU’s Wanda her famed moniker of Scarlet Witch, but also refused to allow her to be rescued. She was not manipulated into creating the Hex, nor was she forced into undoing the damage she had done. With a small shove from Agatha, Wanda ultimately chose to sacrifice her own happiness by releasing the town of Westview.

I don’t say this to absolve Scarlet Witch of any wrongdoing, and the show doesn’t attempt to. However, any person who has lost a loved one is familiar with the inexorable and seemingly unending pull of grief. The films understandably didn’t have time to give proper weight to Wanda’s suffering, but WandaVision certainly did. Who among us can honestly say, if given her immense powers, we wouldn’t have done the same? Those feelings are unbearable, not because Wanda is a woman, but because she is a human being. 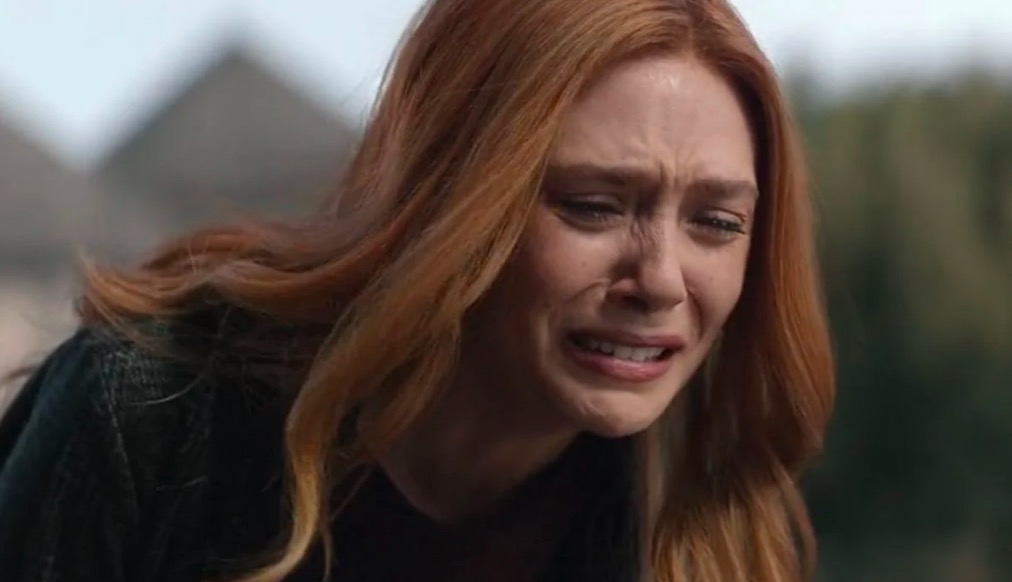 WandaVision had a diverse writers’ room with a female majority, and that can be felt in the final product. Despite fan theories running wild, the series told the Wanda-centric story it set out to. It was a profound meditation on grief and loss, buoyed by a stellar performance from Elizabeth Olsen. Monica tells Wanda that the residents of Westview will never understand her sacrifice, but Scarlet Witch knows that her reasons both wouldn’t and shouldn’t change how her victims view her. Honestly, though not everything about the finale landed for me, I loved the show overall and felt it was at its best when remaining grounded in those very real emotions.

Wanda’s fate is left up in the air, with her searching for Billy and Tommy—bringing us ever closer to the Young Avengers project we all deserve. The fan theories wanted too much too soon from the MCU, and Marvel certainly helped fuel that particular fire. With that in mind, the theories may not all have been completely off base. It wouldn’t be impossible for Wanda to be responsible for bringing mutants into the MCU eventually, perhaps even by reversing the end of House of M.

With all the depth given to this iteration of the character, I feel pretty confident that such a story could be done without reducing Wanda to a tired trope. This is not to say her troubles are necessarily over, because it remains somewhat unclear if she will be a protagonist or an antagonist in the upcoming Doctor Strange in the Multiverse of Madness.

WandaVision not only set the bar incredibly high for the upcoming Disney+ slate of Marvel shows, but also paved the way for Wanda to be a major player in the MCU. Whether the show leads into a more direct adaptation of House of M or the writers go in a different direction entirely, it’s a comfort to know that those in control are determined to not let Wanda Maximoff become just another hysterical woman trope.