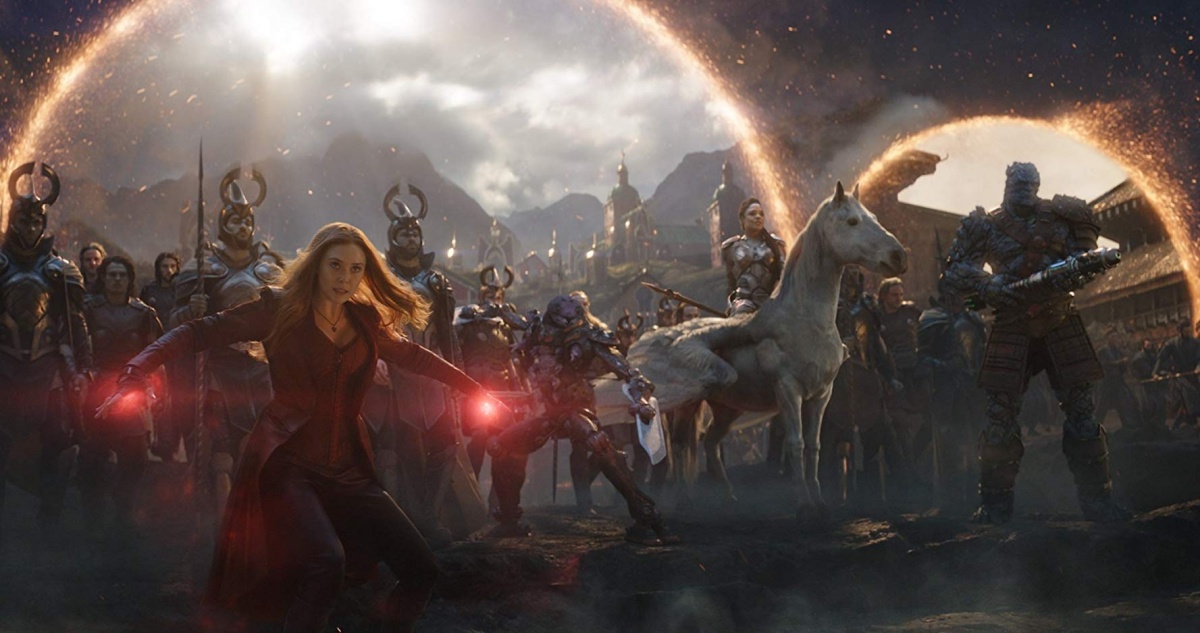 The showrunner for WandaVision, Jac Schaeffer, led a push to have the upcoming Disney+ show have a writers’ room that highlights a diverse makeup and is majority female, and from what we’ve heard, according to ComicBook.com, she got her wish.

Schaeffer told Inverse that four of WandaVision’s eight writers are women, and when accounting for herself, various executives, and assistants, the writers’ room has a female majority, a turnout that was “incredibly intentional, and it was very much supported by Marvel.”

“I felt incredibly strongly that we needed women and people of color and people of all backgrounds and perspectives in the room,” she said. ” I believe — I think it is fact — that stories are better the more perspectives you have.”

Schaeffer co-wrote Captain Marvel, along with Geneva Robertson-Dworet, Anna Boden, and Ryan Fleck, and will be the screenwriter on Marvel’s second female solo-led movie, Black Widow (ugh). “I choose to be a part of projects that are about positive representation. We need to see women, we need to see people of color, we need to see nuanced experiences, and we need to see different perspectives on screen,” she continued. “I choose to work with people who are interested in changing perspectives for the better, and putting a world on screen that is something we can aspire to and have conversations about, and moving in a direction that will create a world I hope will be better for my children.”

She admits that she wasn’t a “huge superhero movie fan” before starting to work at Marvel but feels that now that she is, there are so many opportunities to make big positive statements. Schaeffer’s vision for superhero movies of the coming decade: “more sympathetic villains, less glamorization of weaponry, and stronger representation of marginalized voices.”

And she will not be placating for traditionalists, just because. “I’m not interested in adhering to comic canon that is discriminatory in any way or that violates my values system.” While this might seem dismissive to a certain segment of fans, I think that the core idea Schaeffer is trying to get back to is at the heart of comics. Comic book heroes about setting up people for us to look up to. These stories are for everyone, but I know as a child who loved comics I looked to characters like Spider-Man and Superman as role models. We can have diversity and good comic book stories.

WandaVision launches Spring 2021 exclusively on Disney+; the six-episode series will tie into  Marvel’s “Phase 4” film Doctor Strange in the Multiverse of Madness, starring Olsen and Benedict Cumberbatch. The streaming service goes live November 12. After hearing this, while I still have no interest in spending my money on Black Widow, it does make me interested in WandaVision and to at least support Schaeffer’s vision—pun intended.