The fandom community's excitement can be so joyful 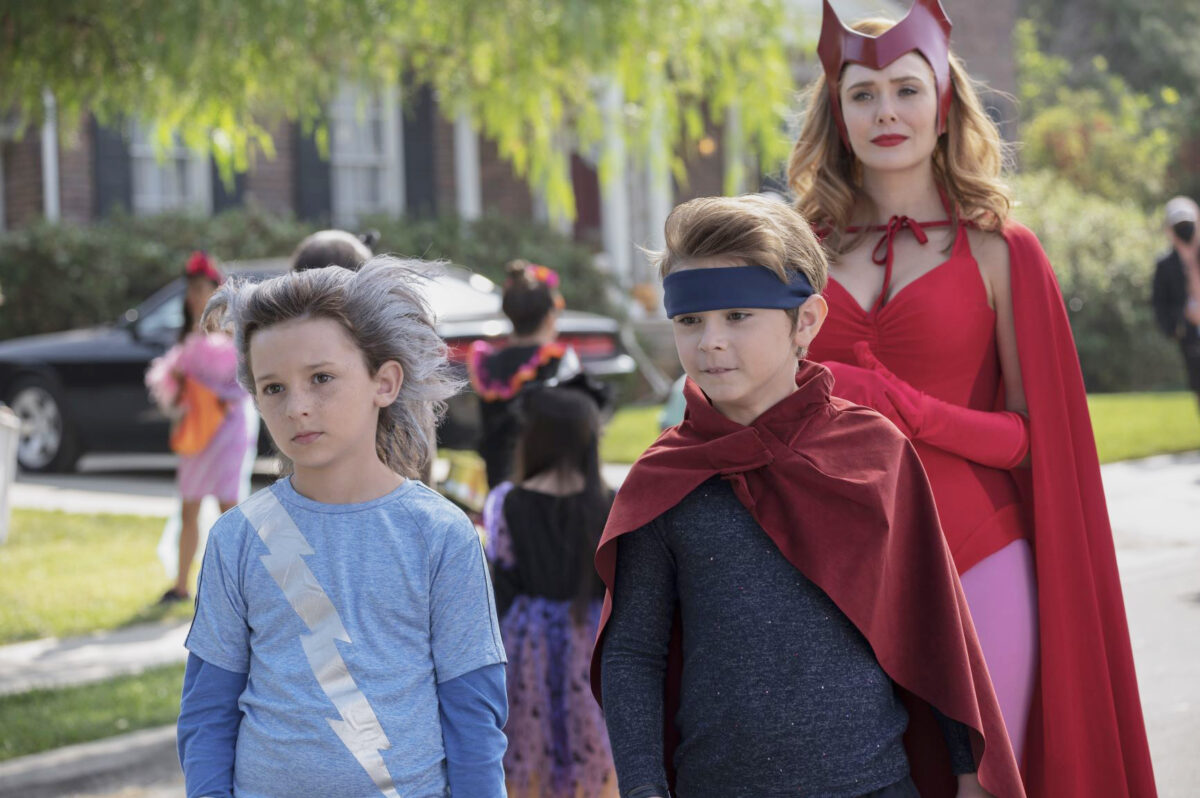 **Spoilers for WandaVision except the finale, which I have not seen yet!**

Having multiple forms of media to explore the destinies of different characters is fantastic, in my opinion. It’s cool to connect with fans of the same character who’ve been introduced to their story in a different way. If you ask me how I was first introduced to Batman, for example, I’d tell you about the vague memories I have of Adam West, a clearer picture with Michael Keaton, and a full-on photographic recollection of Batman: The Animated Series, a show that came out in the height of my cartoon-watching days and one that, to this day, is the version of Batman that owns my heart.

That’s not gonna be the same story with everyone who loves Batman, but at the end of the day, that person still loves the same character as me.

A similar thing is happening with Wanda Maximoff, and I’ve grown a huge appreciation for it.

I grew up with a comic book-collecting dad, one of those “don’t take it out of the plastic” guys who, in hindsight, did more collecting than reading. The comics I did end up picking up related to things I was into, so I had a lot of Sonic the Hedgehog books. My first real introduction to Marvel was its animated series from the ’90s, and while I knew they were comic characters because of my dad’s collection, I hadn’t really read any of their stories.

From there, most of my Marvel knowledge came from television and cinematic universes. I’d made attempts, over the years, to grab a comic book, but I was also heavy into manga, which was still gaining momentum and, therefore, didn’t have nearly as big of a backlog as comic books here in the U.S. It felt like every time I’d check out a comic there was a note to grab a different comic, and a different one, and a giant crossover event that involved characters I didn’t recognize, and … you get it.

So my first time meeting Wanda was in the Marvel Cinematic Universe. Then, oddly enough, I discovered Young Avengers, back in my days of “I want queer content please I beg” (and Young Avengers has quite a bit of it). I met Billy and Tommy, which led me back to Wanda, which made me go, “Wait, that woman from Age of Ultron,” which made me go, “Wait she does WHAT in the comics?!”

So going into WandaVision, I knew of things like the big House of M comics storyline where Wanda rewrites reality in major ways, but I hadn’t gotten the chance to sit and read everything when the show started. What I came to appreciate with each episode was how fans who had read everything, cover to cover, were going online and breaking down things about the series, more than happy to share their excitement when an episode hinting at something from the comics.

I know there’s this level of elitism some folks have if they know more than someone else (or if they’re desperate to prove that they know more than someone). It happens in the geek community quite often. Hell, I’ve written about it because gatekeeping is … a thing. The image of the comic nerd who rolls their eyes because some “casual viewer” didn’t get the significance of the fly in Agatha’s basement is definitely based on an actual person, probably behind a pop culture avatar, with a series of numbers at the end of their Twitter handle.

But maybe I was following all the right people with this series because what I’d end up seeing is comic book fans do this:

Them: OH MY GOD WHAT IF AGNES IS AGATHA HARKNESS???

wandavision spoilers//
–
–
–
–
–
now that we have white vision, If anything like this is gonna happen im litetally gonna cry #WandaVision pic.twitter.com/UT603Kh7nF

Basically, what I’m trying to say is that the energy from the comic fans I came across made an already fantastic show even more spectacular. It would also encourage me to go back and look into what they were talking about (assuming they didn’t already write up an entire thread themselves) because this was all just speculation based on stories that had multiple possibilities.

Is the giant fly Mephisto?

Is Mephisto even here?

Who even is Mephisto?

Is it Ralph? Hayward? Quicksilver?

These were all possibilities, and fans were turning to the comic books they’d read, and loved, to make sense of a show they were enthusiastic about. That enthusiasm was infectious to me, this sort of “let’s find the clues in these books we read years ago to figure out the mystery” vibe WandaVision created on a weekly basis. It’s exactly what I feel like a fandom should be when we’re all coming at a series, or character, from different starting points.

I hope the same happens with future Marvel properties, and, well, any geek property that’s got such a rich history. I have a feeling we’re gonna get a burst of it with the season finale, which I haven’t watched yet, and what it means for Wanda, her family, and the MCU as a whole.