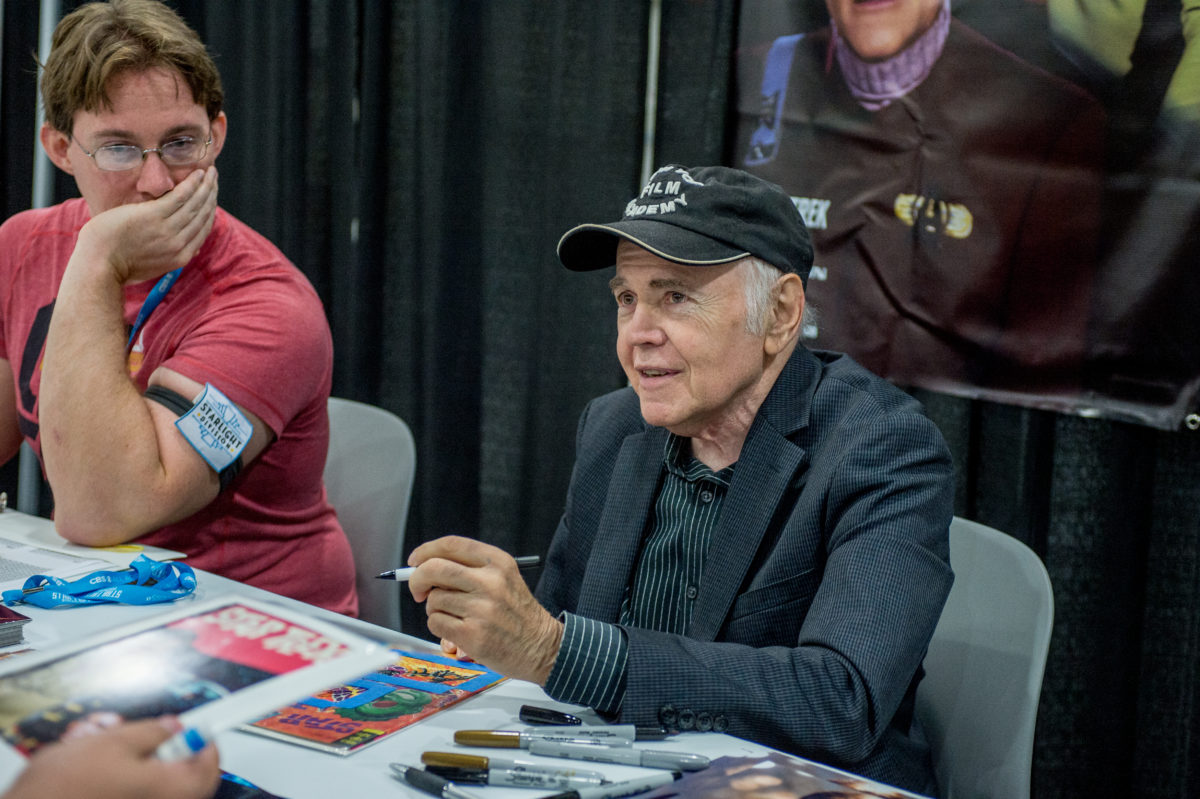 Walter Koenig, best known to nerds everywhere as Star Trek‘s Ensign Pavel Chekov, spoke bluntly about Donald Trump in a new interview with Salon.com. Koenig, who originated the role of Chekov in the landmark science fiction series and went on to play him in seven feature films, had some harsh words for the President and his damaging effect on society.

Koenig said, “Star Trek is a welcome respite from the infamy of the Trump administration and all the problems we are living with. ‘Star Trek’ was always positive. A very strong part of me that wants to leave ‘Star Trek’ behind. To have it be such a central part of my life at this stage does not speak well for what else I have accomplished given that people are still harking back to a time that is more than five decades old.”

If there is one word to define what Star Trek means to its generations of fans, it is likely hope. Gene Roddenberry imagined a world free of prejudice, racism, sexism, and all of society’s ills. Star Trek promised a future where humanity had moved past these vicious cycles and into something bolder and braver. Sadly for all of us, Roddenberry’s fantasy of the future remains just that: a fantasy.

Koenig clearly feels this pain deeply, remarking “I think this is a particularly heinous moment in American history with Donald Trump. This is not only because of a few individuals who now have control of the government but that there is so much support for them. There’s so much vitriol, discontent and anger. These people are willing to sacrifice the good things in our culture and in our life to support evil things. We as a country and a culture have not gotten to a positive place of progress from which we are not willing to retreat from.”

Despite his sadness at the lack of progress, Koenig remains committed to the message of hope, saying “If we do not have hope, then we’re surrendering. Then we’re giving up. Hope may be temporary. It may last for five years or 10 years. We are driven to make things better. We have that dream to make a better world … But I think that our only choice is keep that hope going to make things better.”

The 83 year old Koenig’s thoughts had me wondering about the state of our seniors (a perspective we rarely offer here since our staff is comprised of folks under 40). While we spend plenty of time discussing the older folks who have been brainwashed into Trumpism via Fox News (the targets of the “Okay Boomer” refrain), we rarely discuss those who have more in common politically with Sanders and Warren.

How frustrating and disheartening it must be to live through decades of change and progress, only to see so much backsliding and a return to fear and xenophobia. It must be tough for those who dreamed of a brighter future to see a world that feels farther and farther away from Roddenberry’s vision.