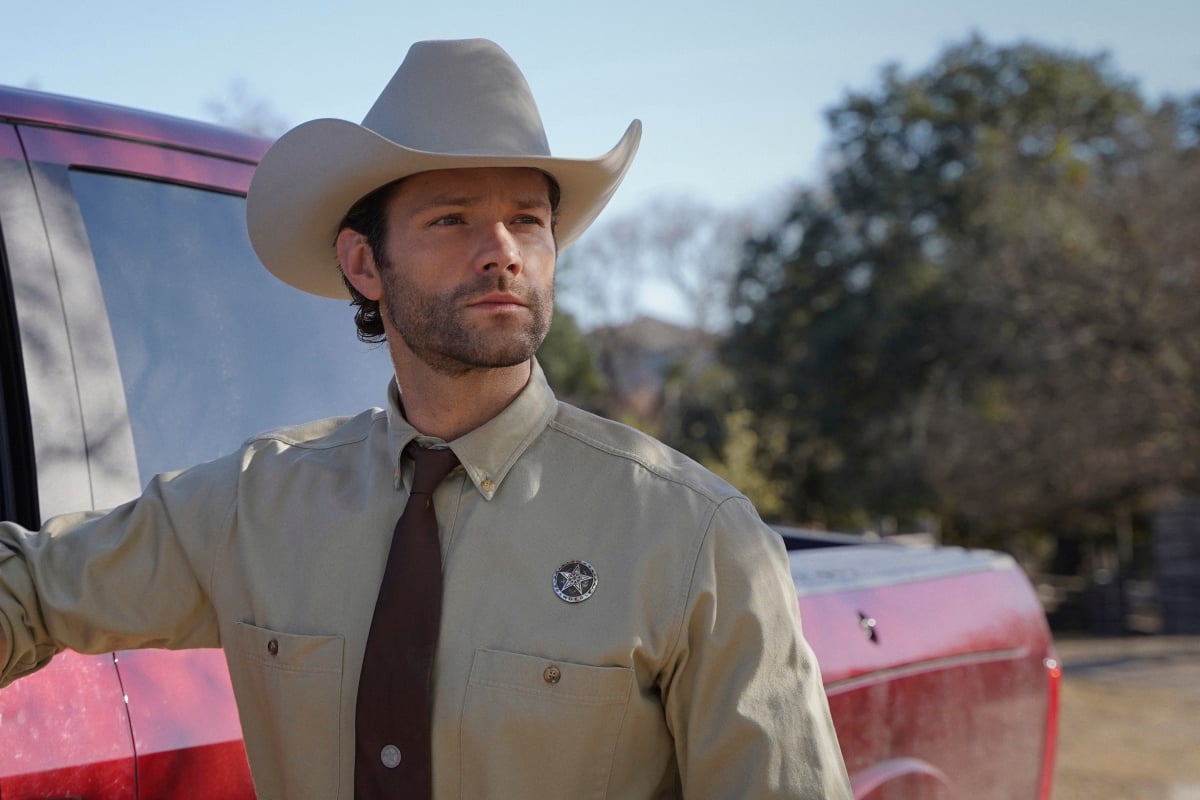 How do you make a new series with a law enforcement officer as the hero, after the entire nation just spent half a year protesting the role of law enforcement in upholding systemic racism? How do you make a series about a Texas ranger when immigration has been used as a wedge issue to divide the country for years? The answer, according to those making the new CW series Walker, boils down to “carefully.”

The new reboot of the “classic” Walker, Texas Ranger stars Jared Padalecki in the title role made famous by Chuck Norris. That’s already an upgrade, given that Norris may or may not have been at the capitol insurrection and is generally a crappy person. Padalecki’s Cordell Walker returns home after years undercover, following the death of his wife (played by Padalecki’s actual wife, Genevieve), and has to deal with his family and kids, a new partner played by The 100‘s Lindsay Morgan, and his old coworker as his superior (Coby Bell).

But the fact remains that this is a new series about law enforcement in the time when many have declared “ACAB,” which is an abbreviation for “all cops are bastards.” Shows like Brooklyn Nine-Nine and The Rookie have reevaluated their writing and storylines in light of the nationwide Black Lives Matter protests, so when given the chance to speak with the cast and creators of the new Waker last week, I asked directly about this issue.

My question was simple: “How do you go about telling a story about law enforcement nowadays when we have such a conversation going on today about the role of law enforcement and its role in perpetuating systemic racism?”

Anne Fricke, the showrunner and executive producer, was the first to respond:

That’s a really great question and obviously one that is at the forefront of our minds every day. I can’t say enough what a bizarre ride it’s been to be in a Zoom writer’s room, experiencing the world as we currently are. And I will say, I actually feel very fortunate that we are being forced to have these conversations, and it’s been a very provocative and educational year. And given all the events that have been happening in the world, me, the writers, our cast, I think initially were wary of the position we were in telling the story. And now I feel very grateful because I think we actually have a platform to explore the story correctly, and to be thoughtful. And we have really been given a chance to examine things and hopefully be tying the story in a responsible way. And so we, as a show, are really trying to lean into these topics and learn from these topics and explore the lives of these characters in a very deep way.

So I feel fortunate.  I’d love to hear from the cast too, but we’re excited—excited feels like the wrong word, given the world we’re living in—but we are grateful to be able to talk about these things.

That answer is encouraging, and I certainly got the impression from the entire cast and Fricke that this was an issue they were aware of going into the show. Lindsay Morgan also had thoughts on this issue, noting that she had signed onto the show before the Black Lives Matter movement (the BLM movement has been going on since 2014, but she was referring to the most recent protests of the summer).

So while I was kinda waiting for the show to begin, the world began to drastically change. And I feel like the show that we were … I had spoken to Anna about the show also changing with it. And in a way it became this unsuspected blessing because suddenly a show about law enforcement in a very divided state such as Texas means so much more now in our world today than it would have pre-2020. So just from my position and the character I play, a big obstacle and learning challenge that I face daily is, where do I fit as a Mexican woman in a majority Caucasian law enforcement team in a state that is, you know, for the history of it, been majorly conservative and not caring too much about marginalized communities and immigrants.

And so I love that my character is placed in a position of these two worlds and these two kind of warring communities, but hoping to be a liaison and hoping that we can tell a story of tolerance and a story from two perspectives. And also not a story saying which side is right, but this is where we are, and this is who we are, and what are we going to do about it next? And hopefully our story that we’re portraying on television can inspire others in their lives and bring more tolerance and more understanding to both sides of the coin and both sides of different perspectives of all the people in our world and in America. And I think, you know, it’s become so much more than what it was before all this.

Coby Bell added, “We live in a country that’s built on racism, literally built on racism and the aftershocks are still being felt in the law enforcement system and the political system. But at the same time, I think it’s important to tell stories about the people that are trying to do it right. You know?” 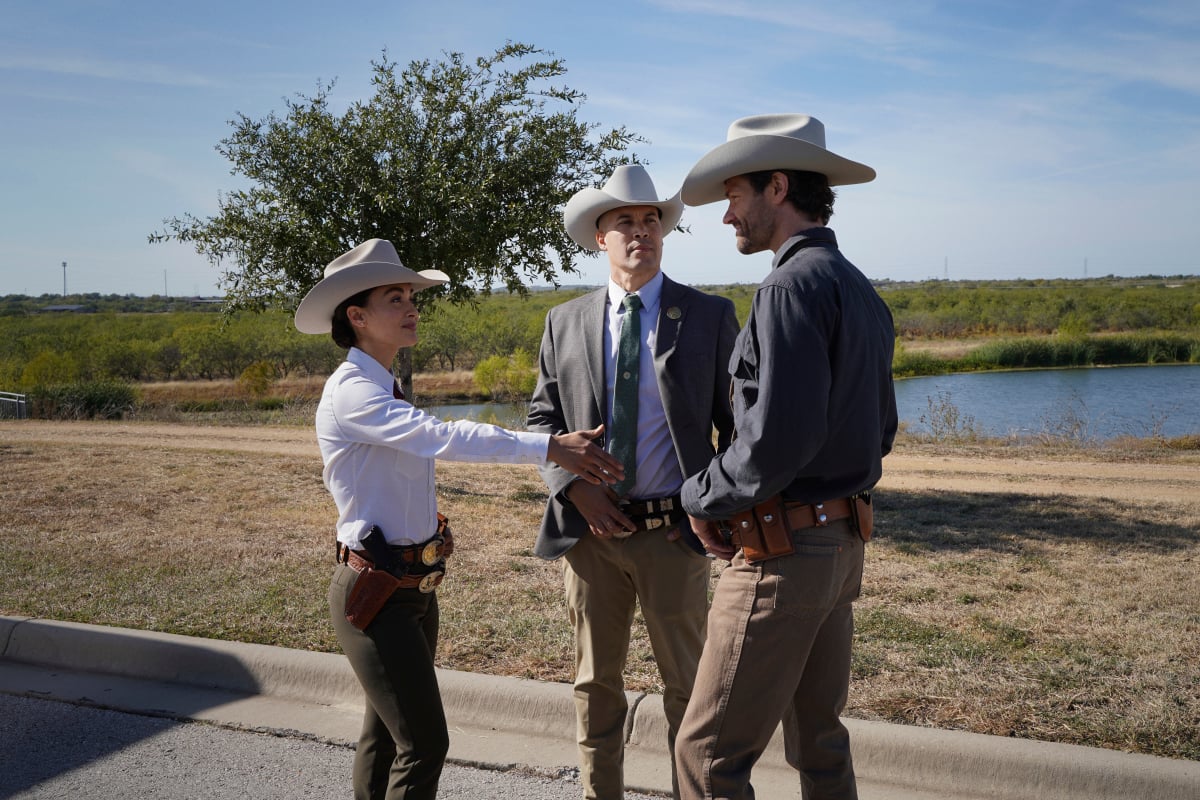 The idea of not picking a side in this debate is one that has raised some eyebrows and drawn some fire online. There are many viewers who would prefer to never hear from yet another law enforcement TV show. In a best-case scenario, the show could tackle issues with law enforcement head-on and address the very issues that concern viewers. Or it could just be a CW family drama with Texas Rangers thrown in. We have yet to see how these issues will really be handled onscreen.

Jared Padalecki, who is taking on a producer role, as well, certainly has thought about this. Earlier in the panel, in a quote that’s generated some controversy, he spoke about some part of the idea for the show that came years ago during the family separation crisis at the border:

I read a story about a law enforcement agent who couldn’t bring themselves simply put to put a three-year-old in the cage and take them away from their parents. And they said something to the effect of, you know, I have a three-year-old, I couldn’t bring myself to do that. And, and that empathy and that emotion struck me as something, you know, caught between the inevitable rock and a hard place where you’re bound by duty, but you still have moral code and you see people as human beings, not as perpetrators or heroes.

Speaking to my question about systemic racism, Padalecki had more to say:

What I find hopeful here is that it’s evident that this is something that the show will address and that it is aware of, which is better than ignoring the issues completely. It would be impossible to make a Walker, Texas Ranger reboot and not have Walker be, well, a Texas Ranger. There’s going to be an element of making a hero of at least one law enforcement officer here, but what we can ask is that they confront and remain cognizant of the complex issues involved. And we’ll continue to hold them accountable.