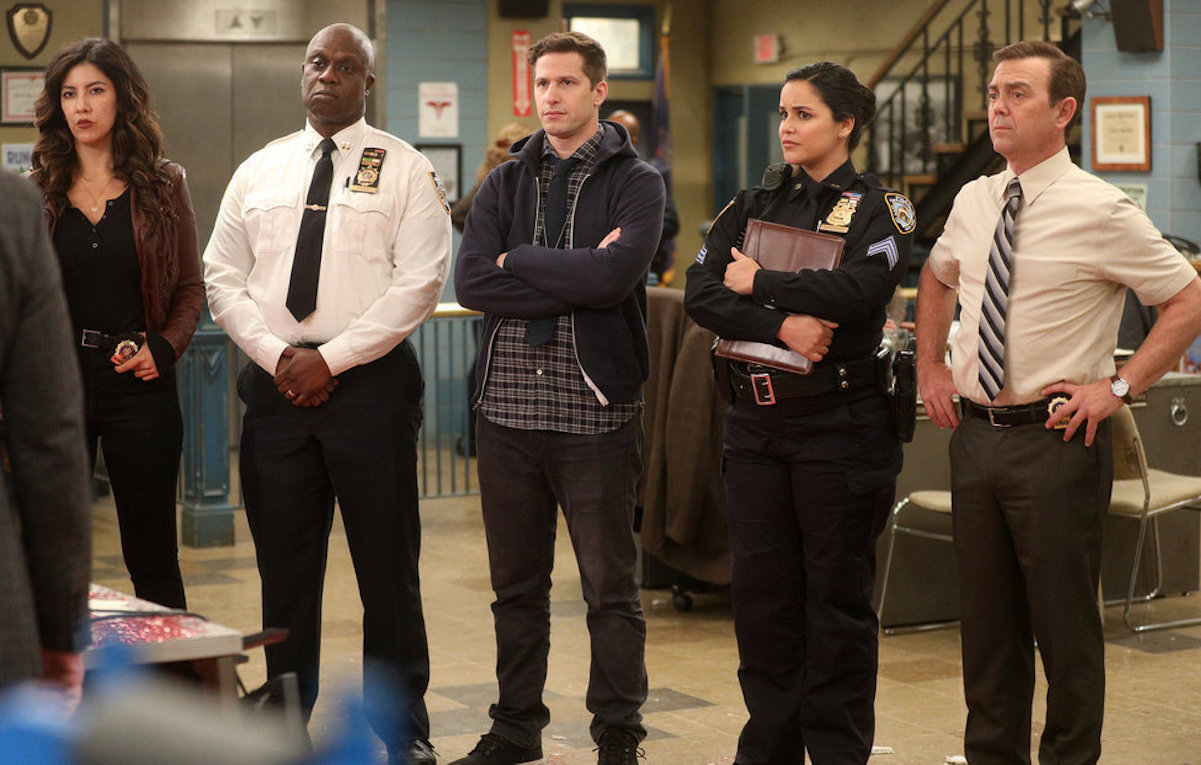 In the midst of weeks of protests against police brutality, Brooklyn Nine-Nine has made the wise decision to retool its upcoming eighth season.

In an interview with Access Hollywood, Terry Crews revealed that showrunner Dan Goor had four episodes “ready to go” but decided to scrap them entirely after he and the cast gathered (virtually) to discuss “what was happening in this country, and how the shift of consciousness is going on.”

“We’ve had a lot of somber talks about it and deep conversations and we hope through this we’re going to make something that will be truly groundbreaking this year. We have an opportunity and we plan to use it in the best way possible,” Crews said. “Our show-runner Dan Goor, they had four episodes all ready to go and they just threw them in the trash. We have to start over. Right now we don’t know which direction it’s going to go in.”

I really appreciate that the Brooklyn Nine-Nine team isn’t waiting until they know what direction they want to go in to realize and accept that they can’t return to the status quo. The show takes a pretty light approach to its depiction of police work but it has tackled heavier issues of homophobia and racism within the police force. Still, that “shift of consciousness” Crews talks about has been profound and definitely requires more than, say, a single episode addressing it.

That shift been building for years, but the current wave of protests across the country and abroad have possibly (hopefully) pushed us to a place where we as a society have lost our taste for “copaganda” entertainment. Shows like Cops and Live PD have been pulled from the air in recent weeks and even shows like Brooklyn Nine-Nine have to reexamine their role in helping shape public perception of the police.

It’s hard to imagine a show like this one returning to business as usual with its lighthearted depiction of cops as quirky, goodhearted pals looking to protect their neighborhood between office hijinks while in the real world, Black people and other people of color continued to be killed by the police. I don’t know what the future of police shows looks like, but that doesn’t sound like it.

The show’s cast and crew recently donated $100,000 to the National Bail Fund Network, with some joining in a public campaign encouraging actors to donate some of the money they’ve made playing (and thereby helping shape the image of) cops.

I’m an actor who plays a detective on tv.

If you currently play a cop?

If you make tens or hundreds of thousands of dollars a year in residuals from playing a cop?

I’ll let you do the math. (Thanks @GriffLightning for leading the way). pic.twitter.com/Xxf3dU0urF

Donations are great but the sort of fundamental changes Crews is describing are much more difficult and totally necessary.

(via The Root, image: Jordin Althaus/NBC)