Scientists Discover a New State of Matter in Chicken Eyes

This is embarassing for the Large Hadron Collider. 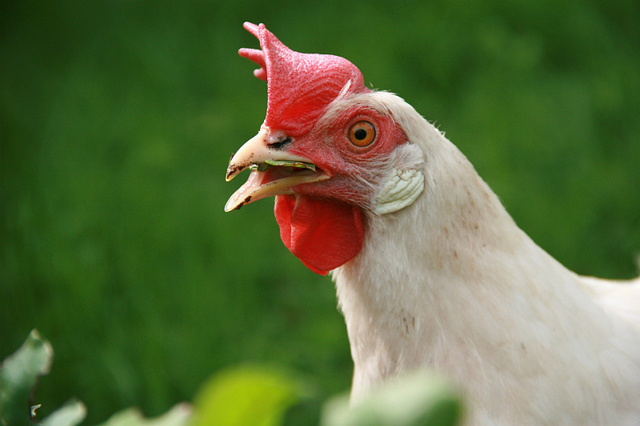 Scientists have discovered a system of matter unlike anything they’ve ever seen before, capable of being both crystal-like and a liquid. The new matter is called “disordered hyperuniformity,” it may drastically change the way we can design materials, and, oh yeah, it’s only found in chicken eyes.

At one level, it’s like a crystal that greatly suppresses differences in the density of particles across large spatial distances. But at another scale, it’s liquid-like in that it exhibits similar physical properties in all directions.

Listen, I mean, I know Flubber was just a movie. In my head I know that. But my heart, however, now believes chickens have flubber for eyes.

We’ve… discovered that such physical systems are endowed with exotic physical properties and therefore have novel capabilities. The more we learn about these special disordered systems, the more we find that they really should be considered a new distinguishable state of matter.

But why did chickens develop eyes so unique their matter is comparable to nothing else on Earth? Scientists hypothesize that the new matter evolved as part of a “juggling act” between the five different photoreceptors that chickens have on just one thin layer of retina. Torquato explains how this  irregular arrangement is managed by the chicken’s retinas:

Because the cones are of different sizes it’s not easy for the system to go into a crystal or ordered state…The system is frustrated from finding what might be the optimal solution, which would be the typical ordered arrangement. While the pattern must be disordered, it must also be as uniform as possible. Thus, disordered hyperuniformity is an excellent solution.

Good job, chickens! You are equally delicious, but more impressive than ever before.