Because opinions are so important in science. 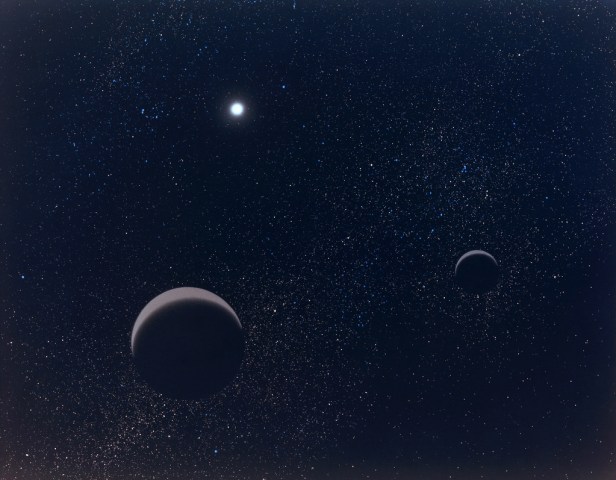 The argument over Pluto’s planethood continues to rage despite the fact that its outcome is mostly meaningless. Last week, the Harvard-Smithsonian Center for Astrophysics held a debate on the dwarf planet’s designation, and an unofficial vote showed that people who grew up being taught Pluto was a planet overwhelmingly still want to call it a planet.

Poor Pluto was stripped of its planetary status back in 2006 and demoted to dwarf planet. But why? What changed about Pluto that made the other planets no longer wish to be associated with it? What special powers does the title of “planet” grant that Pluto no longer has? Nothing. None. Pluto is the same thing it always was, but it is no longer scientifically considered a planet.

What did happen was that the International Astronomical Union set a definition for what is considered a planet that Pluto just plain doesn’t fit. The definition also only includes objects that orbit the Sun, which makes any planetary body outside of our solar system an “exoplanet.” Pluto both orbits the sun and has sufficient gravity to have obtained a mostly round shape, but it hasn’t managed to clear the area of its orbit of other large bodies (the Kuiper belt is home to many other large objects). So, it only fits two out of the three rules for planet status.

At the debate, Harvard science historian Owen Gingerich argued against the IAU’s definition and its supporter Gareth Williams, associate director of the Minor Planet Center in Cambridge, that the term “planet” is more culturally defined than scientifically. Dimitar Sasselov, director of the Harvard Origins of Life Initiative, asserted that a planet is “the smallest spherical lump of matter that formed around stars or stellar remnants.” That definition was as specific as he was willing to get, because space exploration continually makes new discoveries, and so he prefers a more flexible definition.

A vote held after the debate showed that the audience overwhelmingly agreed that Pluto should maintain its planetary status. I couldn’t disagree more, but I also think most of the debate has come from pedantry over calling something the same thing we’ve been calling it for a long time. We all need to relax and separate our science from our daily lives a bit.

While I agree with Gingerich that “planet” is as much a colloquial term as a scientific one, that doesn’t make Pluto scientifically a planet—just like I don’t have a problem with people calling pterosaurs “dinosaurs,” but I’m not going to start a debate that we should scientifically classify pterosaurs and dinosaurs together just because that’s what people call them. I’m also not going to police whether or not people use the term dinosaur accurately in conversation, just like people need to lay off about calling Pluto a planet even though it’s been demoted. Unless you’re doing important science, call it whatever you like: planet, dwarf planet, Stormageddon, the dark lord of the solar system. Your choice.

It’s over 2.66 billion miles away and probably doesn’t really care what you call it.

(via Space.com and Phys.org, image via Lunar and Planetary Institute)

Previously in things that may or may not be planets