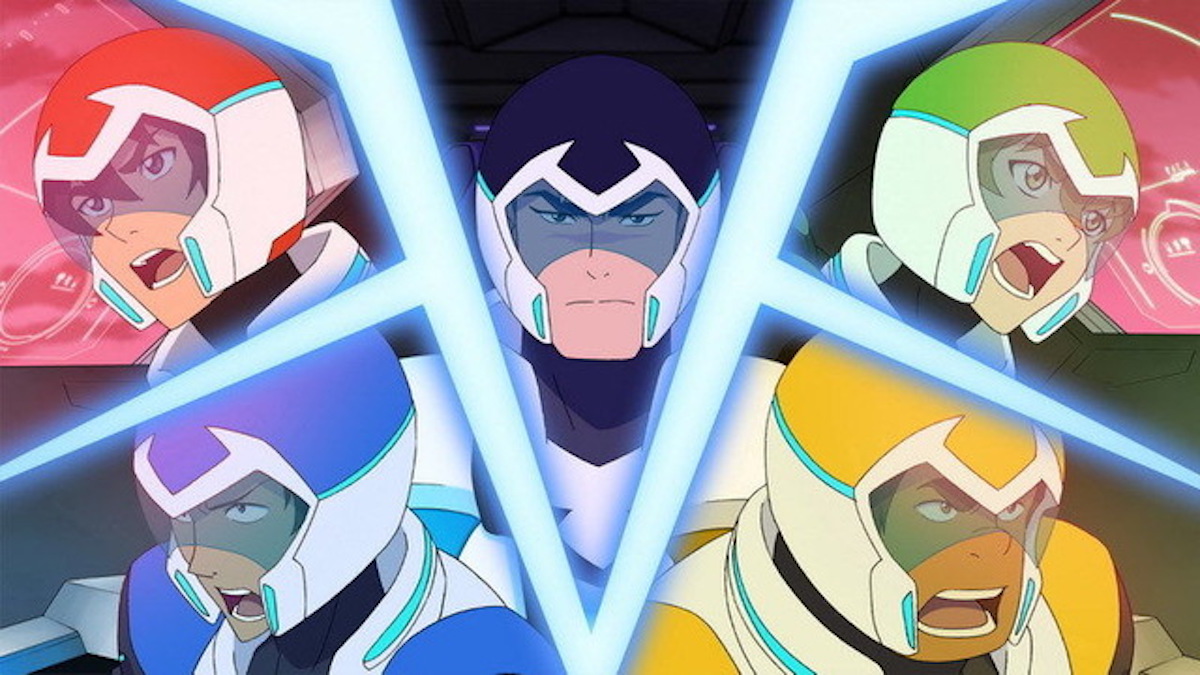 Warning: spoilers for season seven of Voltron: Legendary Defender, are present in this article. Only read if you’ve caught up on the series.

It was a joyous occasion in the Voltron: Legendary Defender fandom when it was announced at SDCC that one of the protagonists in Voltron, Shiro (voiced by Josh Keaton), was gay and had a fiancé back on Earth. However, fans’ joy was cut short when it was revealed that Shiro’s fiancé, Adam, was killed during a Galra attack on Earth and that their relationship, as well as Shiro’s sexuality, was not even really explored during the season.

Fans have been reacting with disappointment and even anger when the news broke earlier this week. Having watched the season, I personally empathized with their disappointment; it was frustrating to see that a moment that could have been—and indeed was when it was first announced—powerful representation is somewhat squandered. This might have been due in part to behind-the-scenes drama, as hinted at in an interview with Inverse, but even so, there must have been a way to make the show’s representation less vague.

I had the privilege of speaking to the showrunners of Voltron, Lauren Montgomery and Joaquin Dos Santos, about their decision to kill off Adam, and this is what they had to say:

It was actually something that happened purely because of the story that was built. So he was kind of a casualty of the story rather than us writing the story specifically to kill that character. If we had, had a story that really hadn’t centered around people giving their lives for the cause … Adam, being the hero that he always was alongside Shiro, went out with his fellow men and women trying to defend their home and he lost his life in the process.

They also spoke about how the show has been built around the themes of sacrifice, and that no orientation is safe from that in the kind of situations in which the character of Voltron find themselves in. Which, in a way, does make sense; however, the plot of Voltron is fictional and the characters are controlled by the writers. They could have opted to show sacrifice a different way and therefore allowed Shiro and Adam to reunite, making the representation a little clearer and avoiding any accusations of the “bury your gays” trope.

Both Montgomery and Dos Santos seem aware of what Shiro means to audiences, and of the trope itself; this is why they decided against killing off Shiro seasons before. However, despite their good intentions, it is still hard to reconcile that all the happy, alive couple are heterosexual and the only gay couple ended tragically. It’s a harmful narrative and promotes the idea that all LGBT+ stories end tragically.

In the past, LGBT+ representation often had to end in death or tragedy to slip past censors; a lot of lesbian pulp literature ends with this to show a return to “normalcy.” However, we’re past the point in time where this needs to happen, and to have tragic LGBT+ characters is not progressive but rather stagnant and even regressive. Truly revolutionary representation is not just a character not being defined by their sexuality but thriving, happy, and not bearing the brunt of all sacrifices.

Shiro matters to fans. His story matters. To ignore this in favor of giving him tragedy is a step backward as well as a step forward. Yes, animation is often not friendly towards gay characters, so to have a heroic protagonist be gay is important. But to give him a tragic arc and barely make his sexuality explicit is also not helpful to anyone. We need to make it clear to LGBT+ youth that not only do they exist, but that they can be happy too; too much emphasis on tragedy will only negatively affect already at-risk kids.

It’s time to shake up the narrative and allow LGBT+ characters to exist without being tragedies or spoilers. We cannot just accept mediocre representation and hope for the best to come; we have to make our voices heard and state loudly and proudly that we as a community deserve better. Shiro and his LGBT+ fans deserved better, and hopefully Shiro will get a happy ending with someone else, despite his grief for Adam. If Shiro is the only paladin to end up alone or to end tragically, that would send a deeply painful message to his fans and to the youth. Let LGBT+ characters be happy, and you’ve got some truly revolutionary representation.