Sexuality Isn’t a Spoiler: How Major Franchises are Letting Down LGBT+ Fans

This is a direct callout post by the way 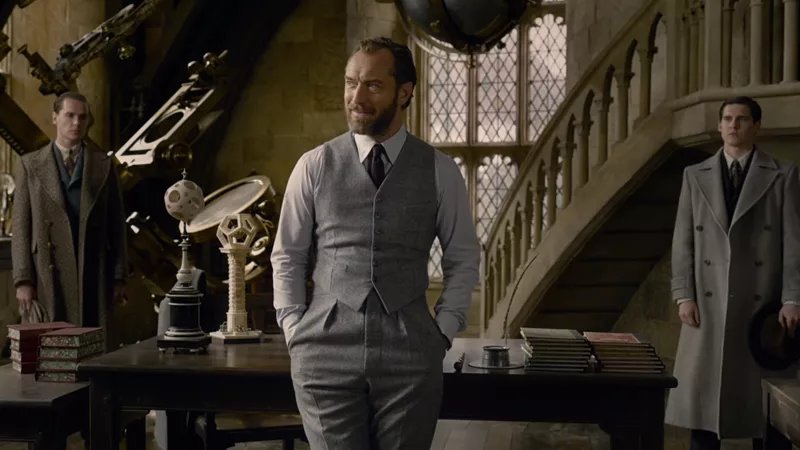 Today, the Fantastic Beasts franchise continued digging itself into the giant hole it’s created for itself in an interview with Jude Law, who plays Young Albus Dumbledore in the film. There’s a lot to unpack in the piece itself, but perhaps the most frustrating is his take on Dumbledore’s sexuality. When asked about the uproar after director David Yates said that Dumbledore wouldn’t be explicitly gay in the film and on his feelings on how apparently the character’s sexuality should be, Law said:

“Jo Rowling revealed some years back that Dumbledore was gay. That was a question I actually asked Jo and she said, yes, he’s gay. But as with humans, your sexuality doesn’t necessarily define you; he’s multifaceted. I suppose the question is: How is Dumbledore’s sexuality depicted in this film? What you got to remember this is only the second Fantastic Beasts film in a series and what’s brilliant about Jo’s writing is how she reveals her characters, peels them to the heart over time. You’re just getting to know Albus in this film, and there’s obviously a lot more to come. We learn a little about his past in the beginning of this film, and characters and their relationships will unfold naturally which I’m excited to reveal. But we’re not going to reveal everything all at once.”

The problem is is that sexuality might not define Dumbledore, but it plays a big role in the lives of those who do identify as members of the LGBT+ community. And by not defining him—which most likely means “is never mentioned in the film”—they’re actually taking away an important moment of representation in a major franchise film, which is rare.

There’s the narrative nonsense behind sidelining sexuality in the film: Dumbledore was in love with Grindelwald (the pair do not share any scenes in this film, according to Law) and that impacted the way he approached Grindelwald’s reign of terror. By removing that element from the story, it loses nuance and impact and paints Dumbledore in a far less fascinating light. However, the franchise has already proven to be tone deaf when it comes to other social issues, such as casting Johnny Depp. It’s sad but not shocking that they’re turning a blind eye to the role that love between two men impacted the story.

This is not the first time that a major franchise has all but straightwashed characters for no good reason. Marvel responded to cries of “where are the LGBT+ characters” by saying they were either on their way or already in the franchise and just not out yet. It’s been ten years since the franchise began. Star Wars has been around for 41 years with no major onscreen same-sex couples. The closest we have to canonical onscreen representation is Star Wars Rebels‘s Zeb and Kallus (which got the “it’s up to you” treatment), an off-screen comment about Lando being pansexual, and Rian Johnson saying it would be nice to have gay characters some day while saying there was no room for exploring Poe’s sexuality (he also called Rey and Kylo’s hand touching scene a sex scene, proving there was no room for any non-heterosexual sexuality).

It’s tough being an LGBT+ fan of these franchises, because they don’t seem to recognize that the community wants to see themselves represented onscreen in a positive light. Apparently, sexuality is an extraneous detail except when it comes to forcing a myriad of heterosexual pairings down audiences’ throats. Marvel could’ve broken some serious ground by giving Captain America a boyfriend in either Bucky or Sam, but instead chose to all but ruin the character of Sharon Carter for a forced romance.

I love Rose Tico but Star Wars could’ve given Finn’s first kiss to Poe instead of Rose (which actually would’ve made more sense with both Rose and Poe’s characterization and arcs but that’s another post for another time). There are so many steps these franchises can take to have equal representation in the films but they keep avoiding those in favor of more heterosexual pairings.

We need to stop avoiding the cries for representation and actually embrace the fact that representation matters. By letting LGBT+ characters be heroes, we could literally save lives, as LGBT+ youth in America are still at a high risk for suicide and can face bullying and assault because of their sexuality. 92% of the LGBT+ youth polled by the Human Rights Campaign reported hearing negative messages about being LGBT+.

It’s time to be the heroes we see onscreen and include diversity in our films. Let LGBT+ kids have heroes like them to look up to, and let LGBT+ adults have that moment of representation that they deserved when they were growing up. Stop avoiding, start doing.