Remember, That Famous Voltaire “Quote” About Free Speech Was Written By a Woman

I will defend to the death your right to be properly cited. 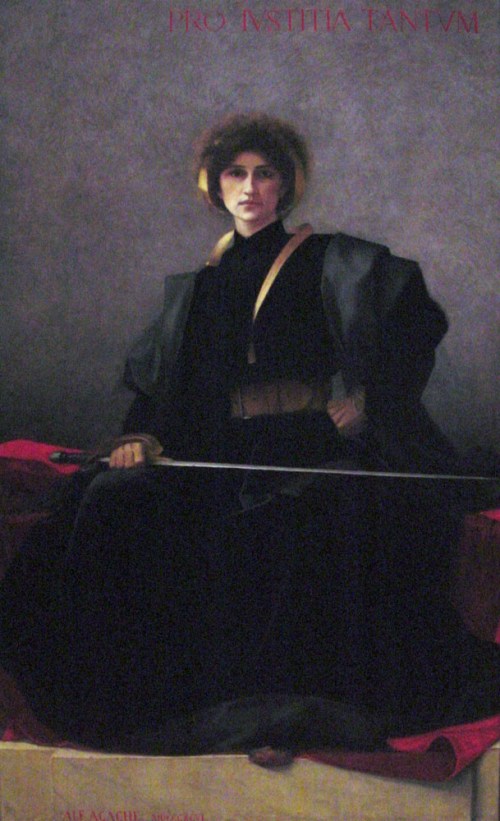 The importance of free speech has been a salient and frequent talking point in the cultural zeitgeist for the last few months, so it’s more than likely that you’ve seen somebody tweet or update their Facebook status with the iconic phrase, “I disapprove of what you say, but I will defend to the death your right to say it.” But do you know where that line actually comes from? Because it sure as hell wasn’t Voltaire.

While the “defend to the death” quote properly summarizes the political beliefs of the French enlightenment thinker and 18th century writer to which they are so often misattributed, the words themselves were never said by him—they were said about him, in a 1906 biography called The Friends of Voltaire. English writer Beatrice Evelyn Hall published the book under a pseudonym, S. G. Tallentyre, and intended for the line to be a reflection of Voltaire’s attitude towards Claude Adrien Helvétius, another French philosopher:

What the book could never have done for itself, or for its author, persecution did for them both. ‘On the Mind’ became not the success of a season, but one of the most famous books of the century. The men who had hated it, and had not particularly loved Helvétius, flocked round him now. Voltaire forgave him all injuries, intentional or unintentional. ‘What a fuss about an omelette!’ he had exclaimed when he heard of the burning. How abominably unjust to persecute a man for such an airy trifle as that! ‘I disapprove of what you say, but I will defend to the death your right to say it,’ was his attitude now.

But because she wrote this line in first person, people mistook it for something Voltaire said himself, because despite how much we complain about the Internet, humanity as a species has always been surprisingly terrible at reading comprehension. (The fact that the earlier omelette line had been attributed to Voltaire in an earlier 1881 book by James Parton, The Life of Voltaire, probably didn’t help matters.)

It’s also possible Hall was inspired by a different quote attributed to Voltaire in a 1770 letter which said, “I detest what you write, but I would give my life to make it possible for you to continue to write.” Even that quote, however, is hotly debated by scholars. Either way, The Friends of Voltaire wasn’t the only time she used the line—she also recycled it in her 1919 Voltaire in His Letters.

So the next time you see someone using that particular quote, kindly remind them Voltaire wrote a great many influential things, but definitely not that. And if you want to quote Voltaire on free speech, here’s something that he did write once, in his 1763 Treatise on Toleration: “The supposed right of intolerance is absurd and barbaric. It is the right of the tiger; nay, it is far worse, for tigers do but tear in order to have food, while we rend each other for paragraphs.” That’s something probably everybody on the Internet could stand to think about, ourselves included.

(What They Didn’t Say—A Book of Misquotations via @HPS_Vanessa)