Volcanoes Whistle Like Tea Kettles Before Erupting, But It Would Probably Be the Last Thing You Hear 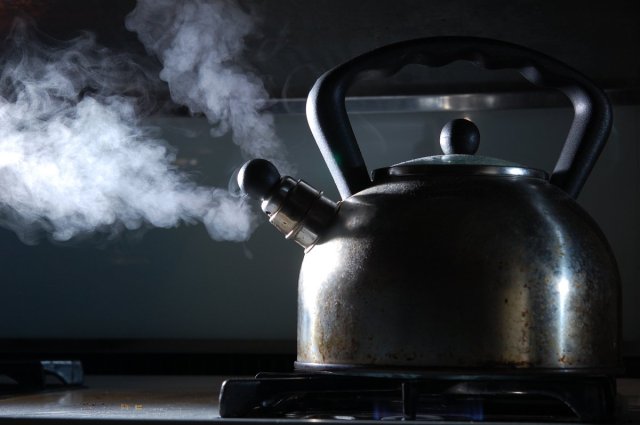 Before a volcano erupts there can be a series of small earthquakes, sort of like warning shots. They build up in frequency leading to the eruption, which can cause something called “harmonic tremor.” New evidence shows that the harmonic tremor can reach the audible range for humans, but if you can hear it, it’s probably time to start running.

Doctoral student Alicia Hotovec-Ellis, who studies Earth and space science at the University of Washington examined the eruption sequence of Alaska’s Redoubt Volcano from March of 2009. Before six of the Redoubt eruptions, the harmonic tremor built to higher and higher frequencies before stopping suddenly right before the explosion.

It isn’t exactly known what causes the harmonic tremor or small earthquakes, but Hotovec-Ellis’ belief is that they are caused by magma being forced through narrow channels in the Earth sticking to rock surfaces along the way. When it sticks, it takes a buildup of pressure to push it along further. As the magma progresses, there is more pressure built up, so it takes less time between stops to push it through. That’s why the earthquakes happen with increasing frequency.

The tremors studied at Redoubt started around one cycle per second (hertz) and built up to a peak of around 30 hertz. The range of audible frequencies for us humans starts around 20 hertz. So if you were right above where the magma was resonating, and had your ear to the ground you could potentially hear the harmonic tremor. It would probably be the last thing you hear before the explosion that would most likely kill you, but you could hear it.

So what does a pre-explosion harmonic tremor sound like? Hotovec-Ellis made some recordings of the tremors and put them up on Soundcloud. Now we can all hear it without risking our lives. This minute-long recording compresses an hour’s worth of seismic activity made up of over 1,600 tiny earthquakes. Give it a listen:

I like it when DJ Redoubt drops the beat at the end.

Ideally this research could give scientists a better understanding of what exactly is going on before a volcano erupts, and allow them to better predict when eruptions are going to occur. At the very least though, it could provide for an interesting scene in a Dante’s Peak remake.

(via Eureka Alert, image via Vélocia)