Science Says Virtual Superheroes Could Make You A Better Person 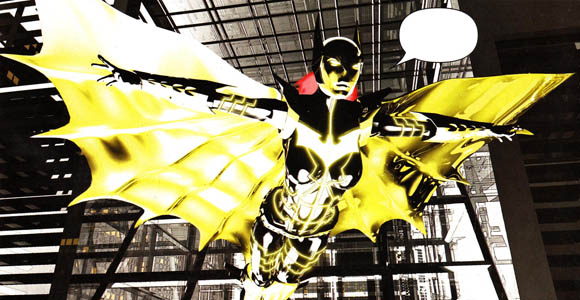 Did seeing Superman ever make you want to be a better person? According to a new study, seeing superpowers in action in a virtual world may effect us in a very profound way.

It seems the power of flight has a most powerful effect on humans. LiveScience explains the study:

To see if embodying a helpful role in virtual reality made people more helpful afterward, scientists had 60 volunteers don virtual reality helmets and engage in scenarios where they were either given the power of flight or rode as passengers in a helicopter. They were also assigned one of two tasks — they had to tour a virtual city or help find a missing diabetic child in need of insulin in that city.

Results showed those who chose to fly without the use of a helicopter were more helpful in the real world after the study was conducted. How did they make that particular judgement? Well the test wasn’t done after all. Researchers “accidentally” dropped a bunch of pens on the floor after the volunteer came out of the virtual world and the six volunteers who had chosen the helicopter did not help the researchers pick up the pens. Note, the researchers did not use the world “superheroes” or the prefix “super” at all during the experiment.

Robin Rosenberg, a clinical psychologist and author of Superhero Origins: What Makes Superheroes Tick and Why We Care, said, “The experience of super-flight in and of itself appears to be the salient variable that led people to help outside of virtual reality.” They also suggested the power of flight made participants feel more active overall.

Psychologists hope the experiences we have in virtual worlds may go on outside the experience itself and help with phobias and post-traumatic stress. They also believe this information may be used when creating console games in order to impact helpful behavior in children and adults. But Rosenberg wonders, “Is virtual reality a key ingredient? Would more time flying in virtual reality lead to a greater effect [and] would giving people different enhanced abilities or powers, such as super strength, heat or laser vision, lead to the same effect?”

According to the study:

Whereas much research has been done on whether and how violent videogames can lead to aggressive behavior (see Anderson [21] and Anderson, Shibuya, and colleagues [22]), this is the first study to document that the “next” technology in video gaming–virtual reality–has the potential to facilitate prosocial behavior by allowing players to become superheroes.

You can read Rosenberg and colleagues Shawnee Baughman and Jeremy Bailenson full findings in the journal PLOS ONE.