Things We Saw Today: Viral Facebook Post About a Canceled Wedding Is the Best Thing I’ve Ever Read 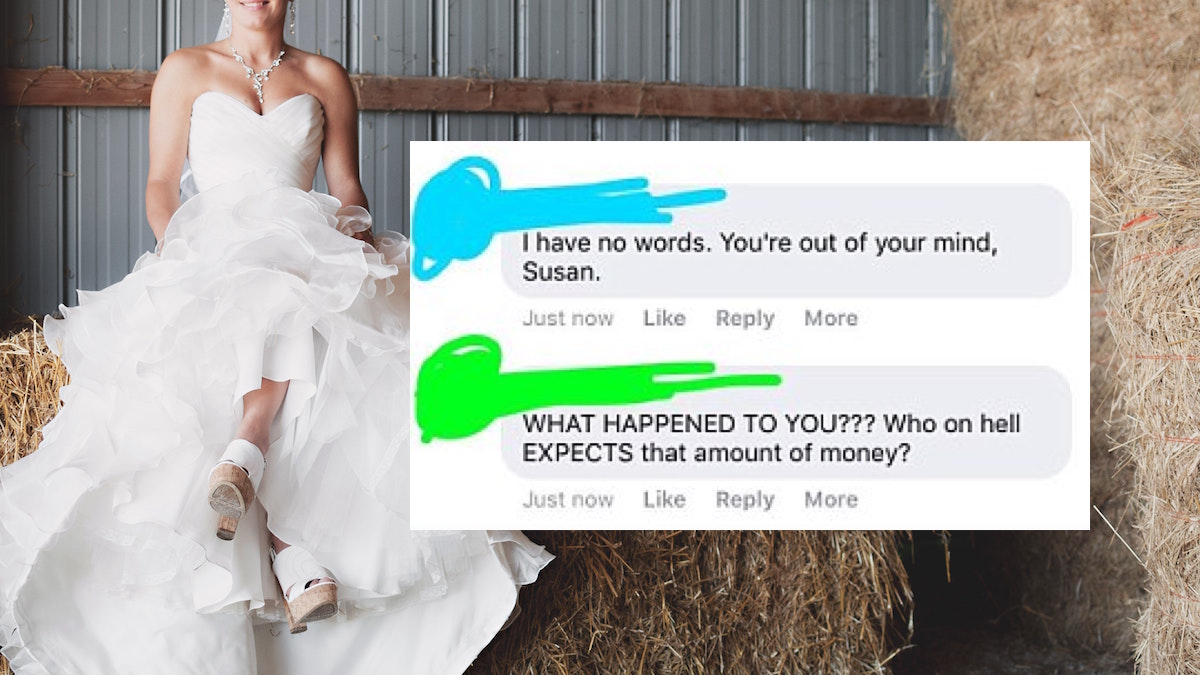 Susan just wanted to have her dream wedding. She encountered some bumps along the way, and took to Facebook to complain after the wedding was canceled. As you read her account, you start to realize why that came about.

I initially saw these screengrabs posted on Twitter. I think one of the reasons this is such an epic read is that it seems to start out reasonably enough. Susan is understandably upset that her wedding is canceled and that she’s broken up with her fiancé; she begins by recounting their longterm fairytale relationship and their modest lifestyle, and lamenting the toxicity of social media. At first, she’s relatable, even a sympathetic figure.

But as Susan gets deeper into the weeds, it’s … not so simple. It turns out—partially based on the advice of a “local psychic,” who told the couple to go for the most expensive wedding option—that the demands made on their wedding guests were not rational or okay. The couple straight-up asked every guest for $1,500 upon accepting their invitation, to fund the wedding; one imagines this is on top of the flights and accommodations at their destination wedding. If you couldn’t pay up, you weren’t invited to the wedding.

Well, it turned out that many people were unwilling or unable to fork over such a large amount of cash on demand. After only 8 people gave the couple $1,500, they turned to GoFundMe, to no avail. At this point Susan’s anger at being denied her dream wedding—she just wanted to be a Kardashian for a day, you see—really starts to go off the rails.

It’s the mix of totally outlandish and spoiled entitlement that makes this post jaw-dropping. It’s the kind of thing that becomes viral because you have to read it to believe it, and then you have to text it to all of your friends: “Can you believe this?” 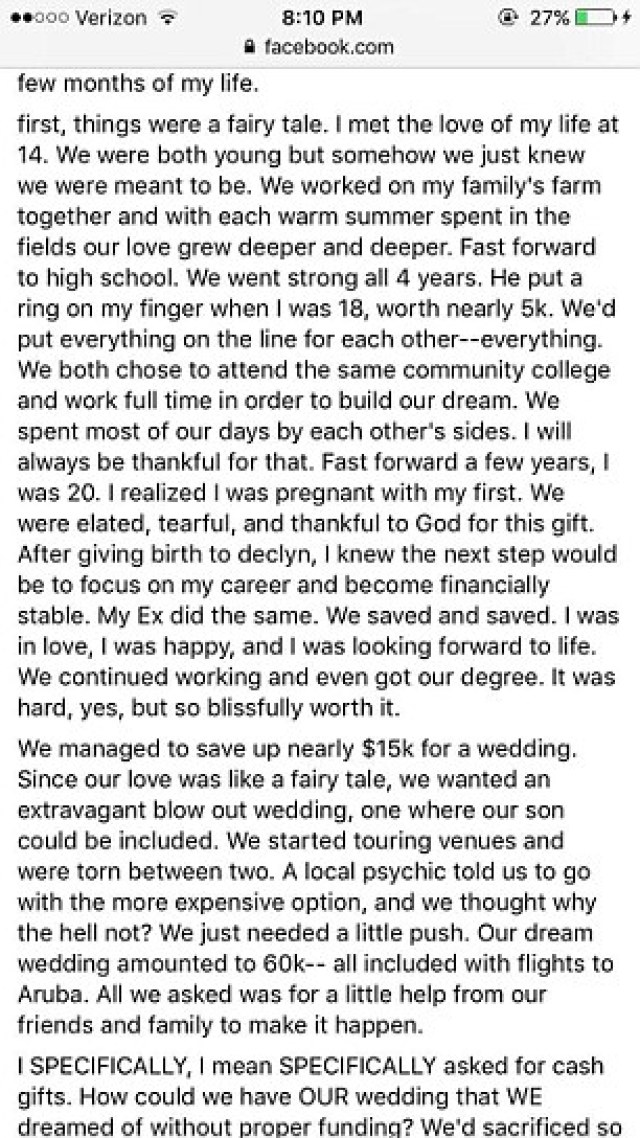 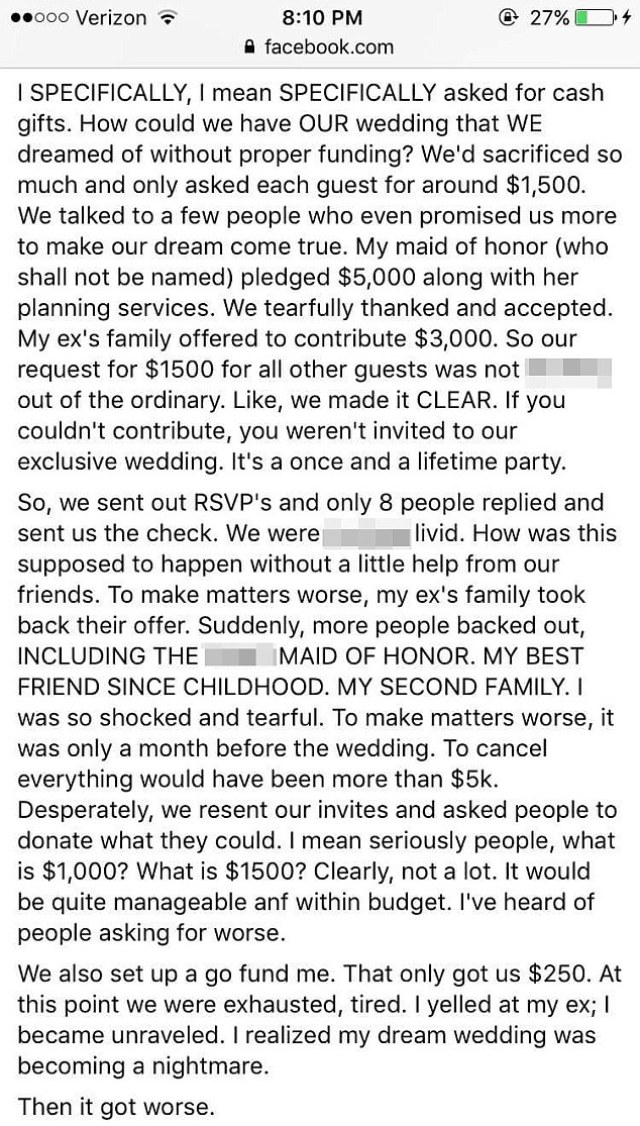 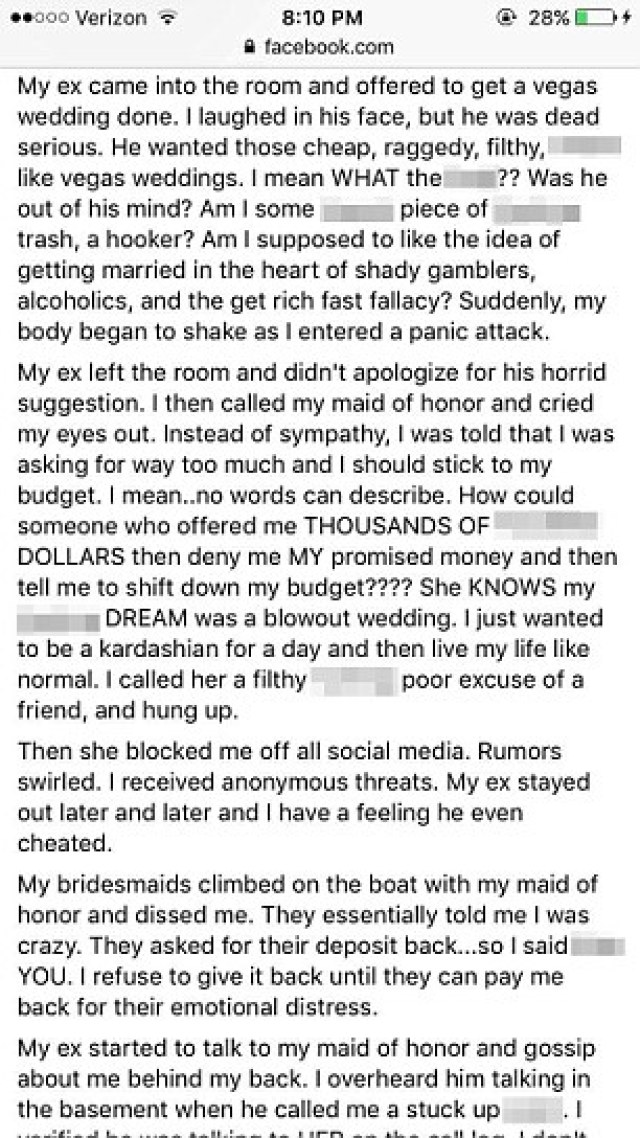 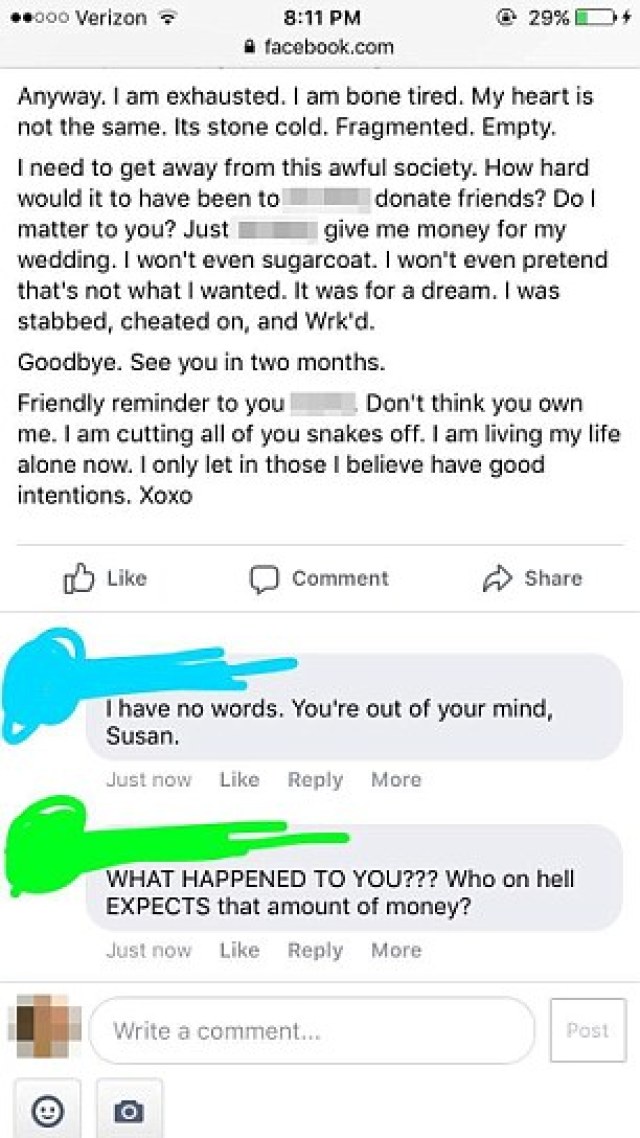 Snopes has been unable to verify the veracity of the post, but they aren’t ruling that it isn’t real, either. Frankly, I think this smacks of reality—we all know a Susan or two IRL—but it could, theoretically, all be an elaborate prank. (Alas, poor Declyn.)

Either way, Susan is a character for the ages. The moral of the story: don’t be like Susan.

The truth is out there. Did you see it today?