There’s a Film Festival Just for Vines, Because We Definitely Needed That 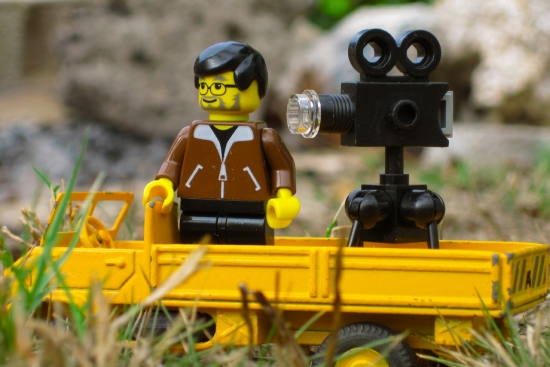 Seeing movies at a film festival is always a bit of a gamble. You could be one of the first to watch the next big thing in film, or you could be stuck sitting through someone’s three hour magnum opus about their cat. Thankfully, the Tribeca Film Festival has teamed up with Vine to host a film contest, #6SecFilms, based around the six-second video loops currently flooding your Twitter feed. There’s no fee to enter, or limit on entries, and you can win cash money. Go Vine some Vines on Vine.

The contest is open until April 7th, and to enter all you need to do is make a Vine, tag it with one of the predetermined categories, post it to Twitter and follow @TribecaFilmFestival. A shortlist of some of the top Vines will be showcased on TribecaFilm.com before the winners are announced. Winners of each category can take home $600, which doesn’t seem like a lot in the way of prize money, but if you look at it as $100 per second it’s not bad.

The categories for the contest are as follows, with descriptions from the contest’s website:

#GENRE
Are you thinking of a making a horror Vine? A sci-fi Vine? A western Vine? An LOLcat Vine? A comedy Vine? A funny sci-fi/western/horror Vine with a funny feline? This is the category for you. Show us how a genre film can best thrive in six seconds and you’ll take home the winning prize.

#AUTEUR
Do you have a six second story or script that’s truly unique? A tiny, concentrated expression of your vision? This is your Vine.

#ANIMATE
Are you an animator or thinking Vine is the perfect medium for some creative stop motion and don’t want to deal with the live-action riffraff? Then we don’t need to tell you this is your category.

#SERIES
Do you have a character or world too big for six seconds? That’s fine. We’ll let you make it a trilogy. Submit three Vines, each one a single episode of a larger story. Use the Vine’s title to identify the episode (1/3, 2/3, 3/3). Each Vine must must still meet the original requirements (beginning, middle, and end, etc.). A winning entry will be the one that uses the three Vines to create a true series, not just tell an 18 second story.

Vine is a fairly new phenomenon, but incredibly short films are not. There are plenty of films out there that are only a few seconds long, and Cadillac even hosted a five-second film festival tied into the release of the movie Be Cool back in 2005.

To give this contest a little bit of legitimacy, they’ve already announced that two of the judges will be Penny Marshall and Adam Goldberg. Goldberg is known for roles in Saving Private Ryan, A Beautiful Mind, and has built up a reputation as being the preeminent Viner of Vines. Marshall is of course famous for playing Laverne on Laverne & Shirley and directed both Big and A League of Their Own. I’d have to check the running time of those movies, but I’m willing to bet it’s longer than six seconds.

While Vine is probably not the future of American cinema, this could be an interesting way to use the format for something other than cat videos. Give it a try. You might win $600.