Vincent D’Onofrio Asks Twitter to Weigh In: Is It Okay to Play an “Irredeemable Racist” 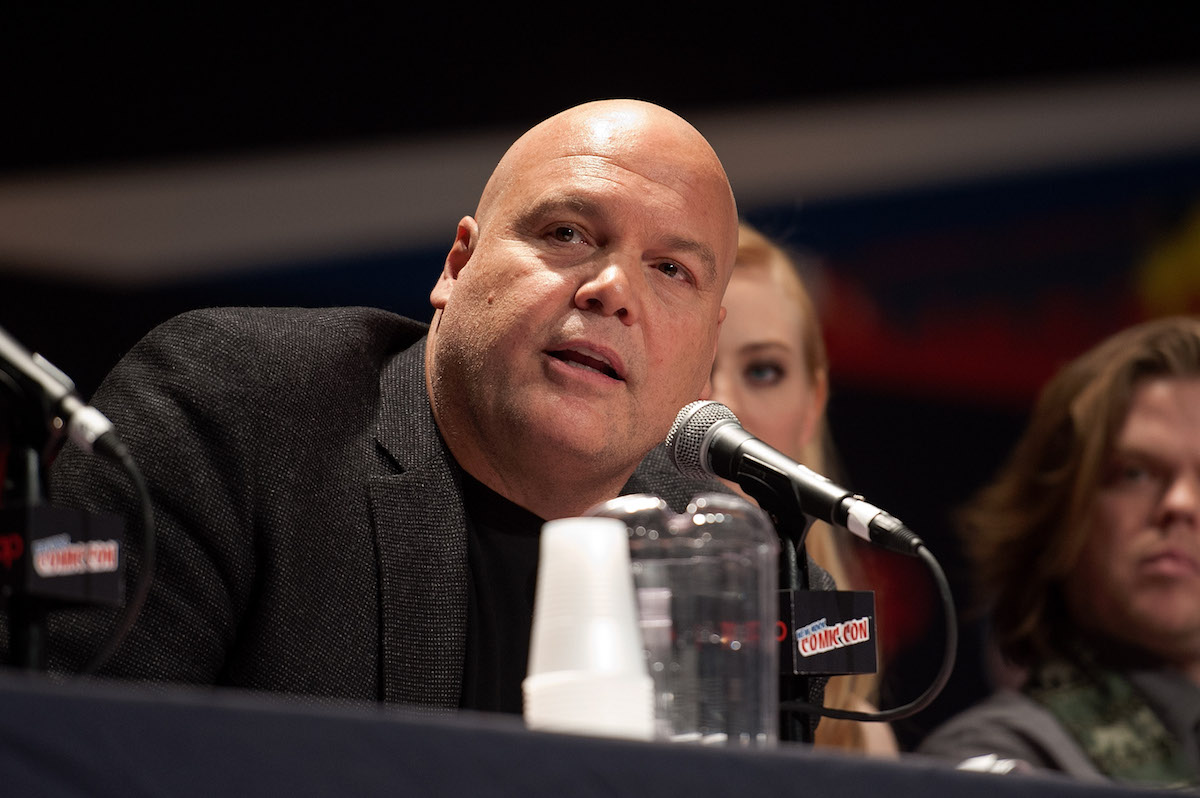 Vincent D’Onofrio has been a successful working actor for more than three decades, but he recently turned to Twitter to crowdsource a bit of career advice.

Over the weekend, he asked his Twitter followers to weigh in on whether he should play a “real to life” character who is an “irredeemable racist.”

I am going to ask a question to everyone that cares to answer it. I have an opinion which I will not reveal. Is Now the right time (considering the world in which live right now) for me to play a real to life characte who is irredeemable racist in a dramatic series?

He clarified in a later tweet that the character in question would be based on a real person (not just reflecting reality). And he wants to know if people think that’s an acceptable sort of role to play, “considering the world in which  [we] live right now.”

Within a few hours, he said he’d gotten 2500 responses. (The tweet currently has nearly double that number of comments.) He quote-tweeted a lot of those, responding to both the thoughtful replies as well as the insulting and inane.

On the thoughtful side, he got a lot of replies from fellow actors offering a range of opinions.

Thanks Beth. I treasure your opinion. And I absolutely adore you. https://t.co/M5IoGnSZAO

Coming from u Ron I take ur answer seriously.I’m not sure It’s the right answer4me.I’ve always done characters I’ve found fascinating.Hedious characters.Right now in our country racism is rising. Its becoming normalized.Thats dangerous.Maybe art or no art we must b responsible? https://t.co/3mnUbUjl72

Thanks Donal. It means a lot. https://t.co/h6pvwBTPtX

I agree w/what you’re say’n& it’s the answer I have come up w/4years when asked2play some hideous irredeemable character.However these days when racism is rising in our country.I wonder how can I help turn it around&stop this rise of hate.
Bottom line is does mirroring hate help? https://t.co/sgk4DCzEPo

A lot of people responded with comments about “liberal snowflakes” needing “permission” to take roles which is such a weird misinterpretation of the original post. Imagine being the kind of person who automatically thinks asking for advice is the same as begging permission. That is a level of toxicity I genuinely have trouble understanding.

Others asked if D’Onofrio wouldn’t be better off asking his friends, family, and colleagues for their opinions, rather than the masses. I imagine he did consult those people, of course. But it’s admirable that he’s willing to open himself to other opinions. Twitter can be truly awful a lot of the time, but one great thing about the platform is the ability to see the kinds of viewpoints we may not normally show up in our own circles. From his other tweets, it’s clear D’Onofrio is passionately concerned about racism in America and he’s not approaching that issue as if he has it figured out.

There were some really helpful and considerate replies offered up in the conversation. Perhaps the most important question is whether the script tries in any way to redeem or otherwise soften this “irredeemable racist.” There are ways to play a vile racist (Topher Grace just proved that with his stellar turn as David Duke in BlacKkKlansman), but if the script treats him as an anti-hero or anything less than monstrous–if this character’s bigotry is in any way normalized–then I can see why D’Onofrio is opening himself up to as much advice as possible.

D’Onofrio had to wade through a lot of garbage replies to his original post, but it was an interesting discussion to start with 180,000 strangers.

Not only am I impressed with all the reply’s I received from my question. I am impressed by my peers in the business. Many whom I’ve never met also reached out. That is a sign of our times. People want a civil discussion. A way to find what’s right in a open forum. Thank you all.

What o you all think of D’Onofrio’s question?