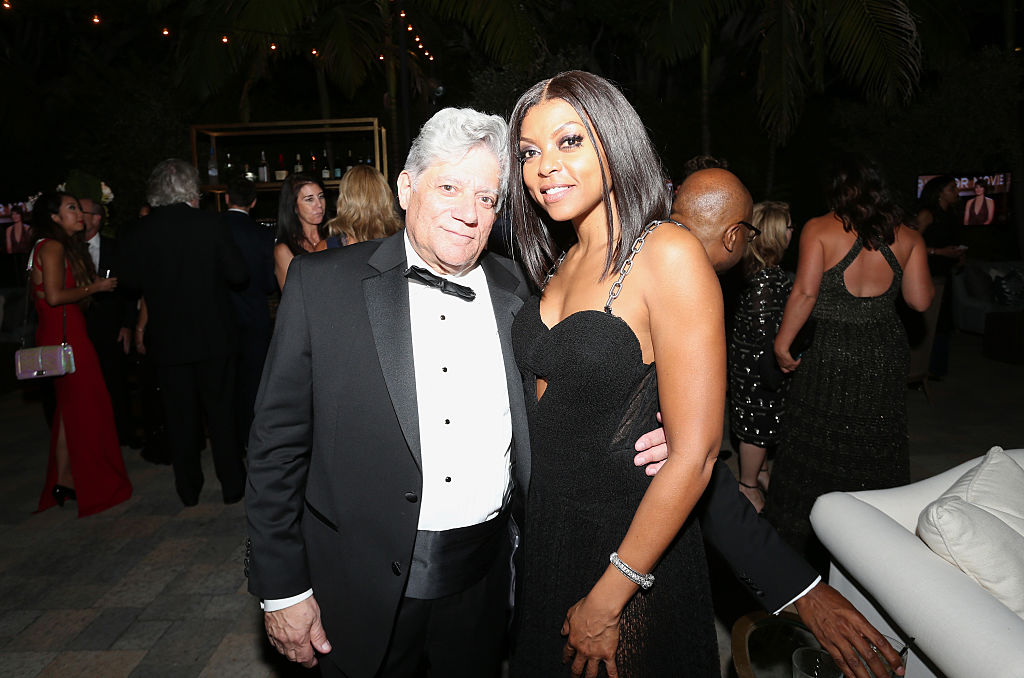 The Washington Post recently published allegations from nine young women of color who say that Vincent Cirrincione, who has worked as a manager for actresses like Halle Berry and Taraji P. Henson, used his industry reputation as a “gatekeeper for black actresses” to try and coerce them into sex.

“Several said they viewed Cirrincione, who is white, as an important gatekeeper for black actresses,” wrote the Post‘s Tracy Jan, “in an industry notoriously difficult to break into—one whose path is even more narrow for minorities. They said he took advantage of that dynamic to prey upon young women of color seeking an entry into Hollywood.”

“Three of the women say he pushed for sex as a condition for representing them, and that he did not take them on when they refused,” Jan continued. “A fourth said he offered to help advance her career if she agreed to have sex with him monthly. A fifth actress said he masturbated in front of her in his office during the years he managed her.”

“All of the women say they sought his representation because of his reputation for boosting the careers of black actresses such as Berry and in later years Taraji P. Henson, clients whose names and film achievements the women say he dangled before them as bait.”

One woman said that Cirrincione offered to help her with headshots and introductions to “the right people,” but only “on the condition that she sleep with him once a month.” Another woman alleges that he told her he “could change her life if he signed her — just as he had for Berry and Henson” before propositioning her. Another alleges that, while she was reading a poem for him, he “grabbed her and started kissing her, sticking his tongue in her mouth” before saying he could take her on as a client if “he would get to see her for sex whenever he wanted.”

“Any kind of sexual misconduct or harassment that’s talked about from women is automatically suspect,” said Tamika Lamison, one of the women who came forward. “For black women, it seems like we are even more marginalized when it comes to something like that. Historically, how we have been treated and looked at—and to some degree oversexualized—makes it difficult.”

Halle Berry, for her part, said that she had personally never had any negative experiences with Cirrincione, but that she ended her partnership with him a few years ago when she first heard the allegations. “Over three years ago, a woman was on the radio saying that Halle Berry’s manager was her worst casting couch experience ever,” Berry said. “That news literally stopped me in my tracks. I immediately confronted Vince about it, and he denied it completely. But even with his denial, something didn’t feel right in my spirit, and with the possibility that it could be true, I immediately ended our over-25-year relationship.”

In an interview, Taraji P. Henson said, “I’ve never had any issue with this on any level. He totally respected me … He saw a single mother trying to make her dreams come true, and he nurtured that. He wrote checks and wouldn’t ask for anything in return. It wasn’t coming from a creepy place. If anything, it empowered me. Like this man believes in me. I love him for that.”

The allegations against Cirrincione suggest a particularly poisonous relationship between a man’s outward allyship and his alleged misogyny—a weaponization of progressive politics in service of predatory behavior. According to these allegations, Cirrincione wielded his relationships with powerful black actresses as bait to bully and trick young women who wanted to make their way in a notoriously racist industry.

It is always a disgusting betrayal when men prey on women, no matter the specifics. But it feels particularly heinous when men use their public allyship as a weapon to hurt the very people they publicly proclaim to be allies of. It suggests a cheapening, manipulative view of social justice as something one performs when it is convenient, rather than a true commitment to the dignity and personhood of everyone.

These allegations also illustrate the particularly precarious position of actresses of color in the #MeToo and #TimesUp movements. With even fewer opportunities in a highly competitive and deeply racist industry, the pressure not to speak up is even stronger.

The women who allege that Cirrincione pressured and coerced them also reported damage to their self-esteem and their careers. “Six of the [nine] women … say they have abandoned their acting careers or took extended breaks from the business,” wrote Jan, “in part because of their encounters with Cirrincione, who they say shattered their confidence and sense of self-worth.”

As this last paragraph shows, sexual harassment and coercion are not merely annoyances that women have to learn to live with. They sidetrack careers. They cause lasting harm to people’s mental health.  And they end dreams.