Villanelle to Kill Her Creator, Phoebe Waller-Bridge, in Season 3 of Killing Eve

Honestly, who doesn't want to be murdered by Jodie Comer? 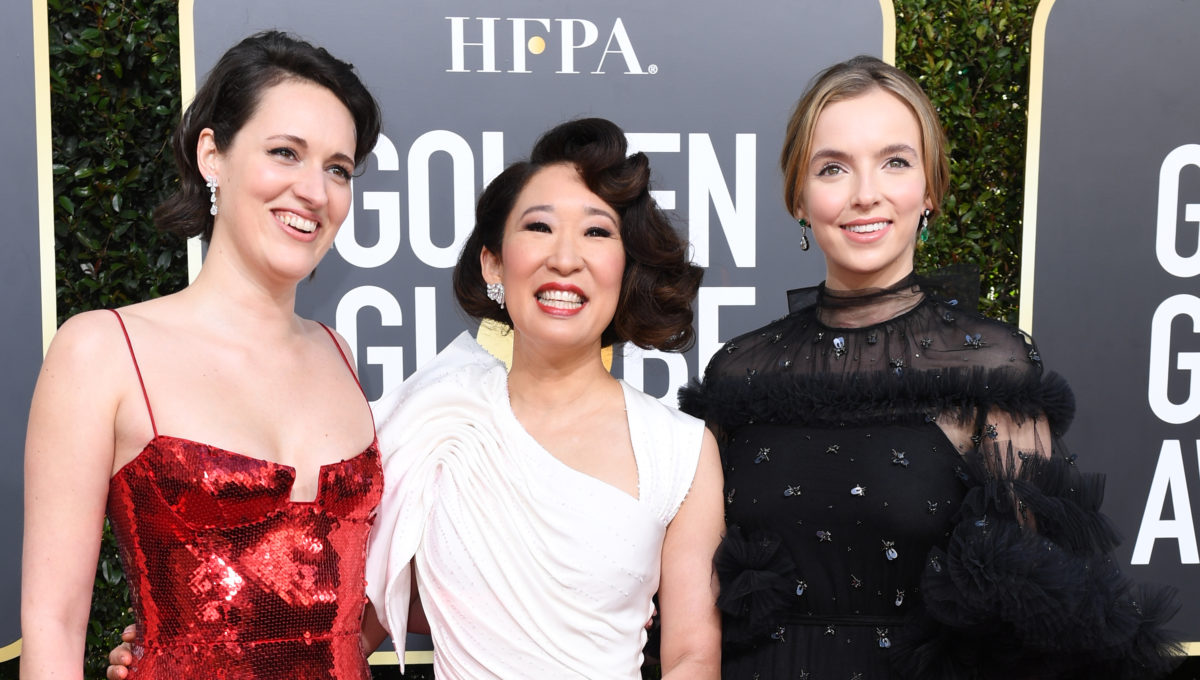 If social media is any indication, there are plenty of women out in the world who want to be murdered by Jodie Comer’s stylish assassin, Villanelle, from Killing Eve. Chief among them is series creator and season one showrunner Phoebe Waller-Bridge. In fact, she’s writing a role for herself as a victim of Villanelle in the upcoming third season.

Waller-Bridge said, “I was like, I am going to write myself a part so that I can be murdered by Jodie.” Waller-Bridge originally wanted to play either Eve or Villanelle in the series, but at 33 found herself in between the ages she was casting. “I just had a really strong instinct that there should be this age gap because I just felt like it was something I hadn’t seen. I’m not a 25-year-old Jodie Comer – I mean, let’s be frank … And I don’t know if I could have scaled a wall quite like she could have done, and I’m not in my early 40s either.”

Waller-Bridge passed season two showrunning duties onto Emerald Fennell, another writer-actor best known for her work on Call the Midwife. Fennell leaves the third season of Killing Eve in the hands of Suzanne Heathcote (Fear the Walking Dead) as she goes on to play Camilla Parker-Bowles in the new season of Netflix’s The Crown.

Waller-Bridge, who remains on the series as an executive producer, is committed to series’ female point of view, citing the lack of nudity and the implicit trust among the female-led series where “all the women were not victims.” Waller-Bridge said of the show, “Being able to say to Jodie, ‘This is your character – this wild, unpredictable girl and you don’t even have to take your top off’. Everyone felt very passionate about it and the actors as well … It’s hard to catch a break in this industry, and historically really hard for women to be trusted.”

In the meantime, Waller-Bridge is enjoying critical acclaim for season two of Fleabag, which she wrote, created, and starred in. She is also doing rewrites on the upcoming James Bond film.

She said of her work on the franchise, “There’s been a lot of talk about whether or not [the Bond franchise] is relevant now because of who he is and the way he treats women. I think that’s bollocks. I think he’s absolutely relevant now. It has just got to grow. It has just got to evolve, and the important thing is that the film treats the women properly. He doesn’t have to. He needs to be true to this character.”

Forget getting killed by Jodie Comer. Phoebe Waller-Bridge can murder me any day of the week.