Dear Fleabag, This Is a Love Letter | The Mary Sue

Dear Fleabag, This Is a Love Letter 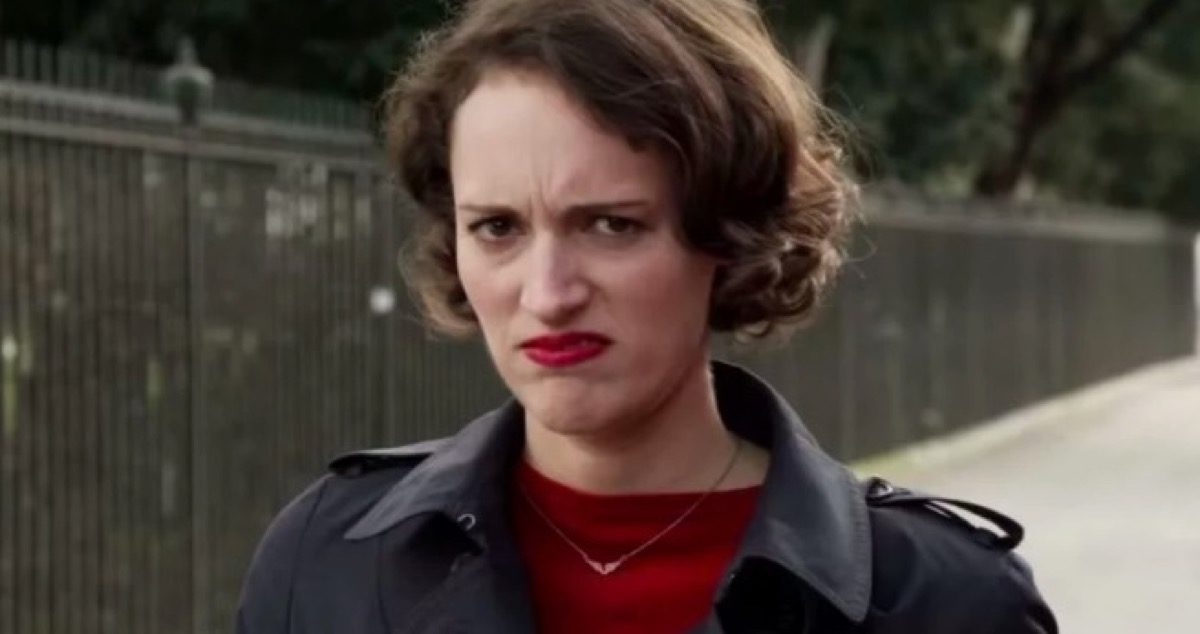 This is a love letter. You won’t like it.

I never knew what your real name was. It doesn’t matter, I guess.

I just wanted to tell you how grateful I am that an absolute genius like Phoebe Waller-Bridge brought you to life, on the stage first, then on the TV screen, and now on the stage again, for a strictly limited run in the UK this summer. And I never use “genius” lightly, so assume this is a huge compliment from me.

Now that she’s moving on to new adventures—and I’m sure you are, too—I feel quite lonely. Should I be ashamed to admit I feel lonely? Bit cringe, huh?

The point is, you’re all disappearing one after the other.

It was Girls first, then Broad City’s Ilana and Abbi and that crazy ex-girlfriend chick Rebecca Bunch, and finally you, my nameless, messy fictional friend.

If there’s one thing Fleabag has taught a generation of young and not-so-young women, it’s that:

It’s okay to be a mess. It’s okay not to have it together even when the whole world screams that you really should. That you should start acting like an adult. Grow up. Be nice. Not make mistakes.

Oh, you’ve been such a massive dick at times, and for that, for being unapologetically you, I salute you. I wish I had the guts to embrace my imperfections and give the finger to whoever wants me to be different: prettier, stronger, smarter. This is it, guys. I can’t. I won’t. And, hell no, I shouldn’t.

Fleabag is a short tale of love, loss and lust told through exquisitely funny, gracious writing.

Those witty lines, the amazing actors who delivered them—from Waller-Bridge herself and Sian Clifford to Olivia Colman and Andrew Scott—those fleshed-out, flawed characters whose names we don’t really need to know in order to relate to them. Each of these elements amounts to one of the most refreshing shows in recent years. A PG-rated, sweary, sexy, tiny act of rebellion on the BBC.

Every breach in the fourth wall dug an equally deep crack into my soul. You were probably just talking to yourself, I know, but I did feel you were talking to me, to us, too. Don’t say otherwise.

Yet, as loud as you might have been, it was your silent grief and your casual, subdued quest for love that spoke volumes.

I’m sorry it didn’t work out in the end. Your mom won’t come back to life, and that guy in a gown chose someone else. Shit happens, but please, know that you did touch me and many others while trying to fix your life. (Not in that way, you minx.)

When you looked into the camera for the very last time, I swear that, for a minute there, I felt seen. I knew it was going to be alright eventually. It does get better. It will.

I did love you. And I don’t care if you don’t love me back or pretend you don’t. Let’s just leave it out there on its own for a while.

I haven’t said it to anyone in a really long time, and I’m wasting this one on you. You’ve earned it.