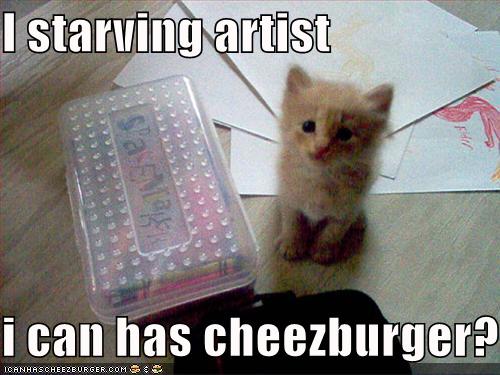 Irony of the week: The Village Voice is running a “comic issue” this week, that is, an issue that is about comics.

That is, an issue that is about comic books, not comedians.

Anyway, one of their own interviewees points out that The Village Voice has played it’s part in making it harder out there for the print cartoonist in general, after which the paper admits that it’s not paying for most of the art featured in its own comics issue. Instead, it’s offering the artists “exposure.”

The linchpin of the issue, the big centerfold, is a substantial piece where Roy Edroso interviews a great number of independent comics artists about how they make ends meet, entitled If Cartoons Are So Big, Why Don’t They Pay? As might be expected, the printed magazine mostly focuses on print comic artists, interviewing only two web comics artists (Dorothy Gambrell of Cat and Girl and Jason Youngbluth of Weapon Brown), and mentioning Penny Arcade in this single humorous sentence:

Penny Arcade is so big that, BigDownload reports, it has its own charity, gaming expo, and video game series.

Yes. Interesting that we felt the need to cite that information. But the jaw dropper here, as pointed out by The Beat, is:

“I’m not sure how much you’ll be allowed to write about this,” says Dan Perkins (Tom Tomorrow), “but of course the Village Voice Media chain is one of the major culprits in this—their decision to ‘suspend’ cartoons [in 15 papers in 2009] dealt a serious blow to the struggling subgenre of alt-weekly cartoons.” [Tom Tomorrow returned to the pages of the Voice within a few months. Also, many of the artists in this issue aren’t getting paid, but have contributed work for the exposure.]

It’s nice to see you covering your butts on this, VV. “Yeah, we fired a bunch of people, but we gave this one guy his job back. Oh, and we’re not paying lots of these people after running a whole article about how hard it is for them to make a living.”

But owning up to the inherent features of print as a medium (production costs, finite page space) that are causing it to lose the race against digital publishing (drastically reduced start up costs, no limited space in the comics page keeping deserving young talent from getting their strips up there, no elderly subscribers demanding that Blondie remain in the paper despite the fact that its creator died almost forty years ago) would require owning up to how much the print medium is struggling to compete these days.

Bills Watterson and Amend would be ashamed.