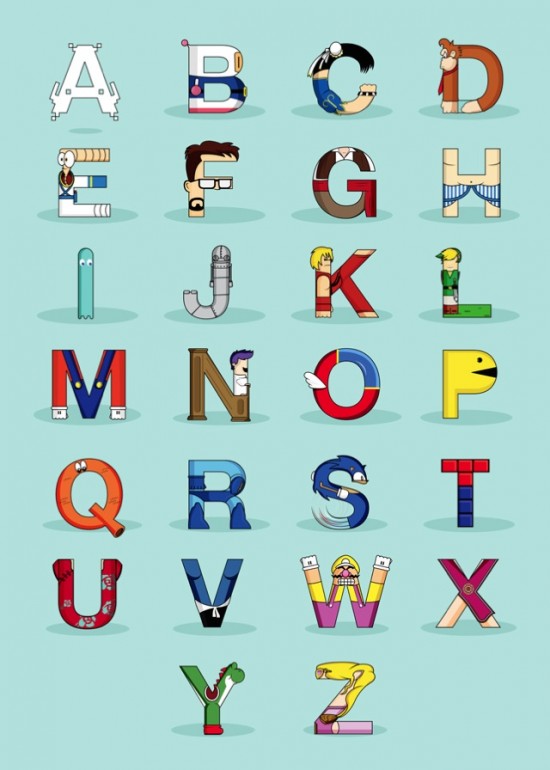 Character alphabets are a seemingly common trend nowadays, but the above video game character alphabet isn’t as generic as one may think, and rather than only being filled with obvious choices, author Fabian Gonzalez included some truly fangasmic, lesser-known characters. I mean, Josef from Machinarium! Look at him! The obligatory characters make an appearance, though many are cleverly represented, such as E. Honda’s half-muscular-half-sumo midriff and his striped pajama pants forming the “H,” and Ken being in mid-kick to shape the “K.” Also, pretty much anything featuring Earthworm Jim is golden.