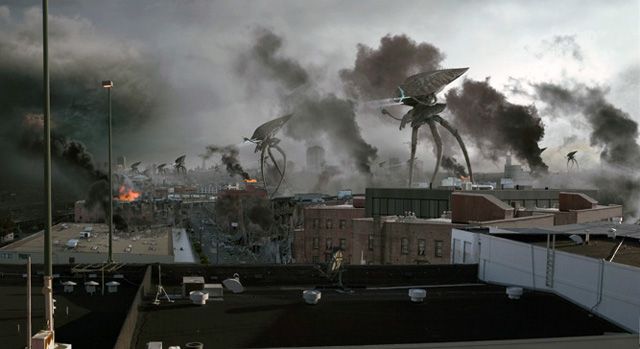 The BBC announced a new line of dramas yesterday with some very exciting titles like an adaptation of A Suitable Boy, a likely-very-English show called A Very English Scandal, and a new adaptation of H.G. Wells’ The War of the Worlds written by Peter Harness (Jonathan Strange and Mr Norrell).

The Wells adaptation will be told in three parts and set in the Victorian time period. Though it’s easy to picture the story in the modern day because of how futuristic aliens feel as a monster, the iconic science fiction writer wrote the story in 1897–fun fact, the same year as Bram Stoker’s Dracula, another foreign invasion story. Harness says:

“I’m feeling phenomenally lucky to be writing The War Of The Worlds, and blowing up gigantic swathes of the home counties at the dawn of the 20th Century. Wells’ book is ground zero for all modern science fiction, and like all the best sci-fi, manages to sneak in some pretty astonishing comments on what it is to be a human being too. I’m hoping to follow in the great man’s footsteps by making a terrifying, Martian-packed series which manages to be emotional, characterful, and – deep breath, dare I say it – even political at the same time.”

He might even get political. Wowzers! Well, I sure hope so considering how political Wells was as a writer at the turn of the 20th century. While Wells is a pioneer of science fiction, much of his work deals very directly with notions of empire (the fear of reverse colonization), evolutionary theory, and other anxieties of that time. This adaptation could not only acknowledge that, it could also explore the way a lot of those fears have carried over to the modern day.

Steven Spielberg’s 2005 adaptation used the alien invasion to try and capture the fear of a post-9/11 world. So what does going back to 1897 do for us that a modern-day vision might not? Wells’ works are highly reflective of that period and a huge influence on the world at the time as well. Years later, he would write The World Set Free, a book that anticipates a bomb of infinite power. He names it the “atom bomb.” It is this book that Leo Szilard thinks of when he conceives the idea of neutron chain reaction and files for a patent. Wells is cited as a influence on Winston Churchill during the crucial turn of the century, with the former Prime Minister citing him in speeches and innovations in war technology.

When we look back, the start of the 20th century was full of many dangers–both real and imagined. I’m intrigued and very interested in how an adaptation will use one of the most famous science fictions texts to hopefully capture that historical moment. Maybe, by looking back, we can illuminate how many of our own fears–both real and imagined–aren’t necessarily too different from what we see now.

The adaptation will begin filming in 2018. What do you think about a new War of the Worlds?