Vice, Broadly & Tonic Teamed up to Talk About Sex Education and How It Falls Short 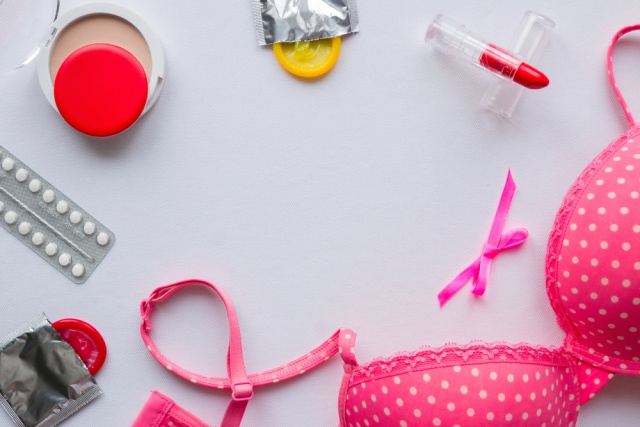 Last night at Columbia University, a panel of women in the field of sex education Dr. Gillian Dean, Eileen Kelly, Sonya Norsworthy and Cecilia Gentili met to discuss sex-ed and how it has fallen short in teaching young people how to be active in their sexual health. Additionally, the ways in which the medical field itself has not stayed active in keeping up with the changing nature of people’s sexual practices.

The need for this talk came out of recent news about the high rates of STI’s that was released by the CDC recently. On their website Broadly addressed that there are many factors accounting for these raising rates of STI’s. (Note: The language surrounding sex education prefers to say STI or Sexual Transmitted Infections rather than STD or Sexually Transmitted Diseases because not all of them are diseases and most can be cured/treatable).

One factor is that people aren’t getting tested or using condoms consistently, “Over a quarter of the people surveyed said they had never been tested for an STD, a majority said that they weren’t tested before their last hookup and three-quarters of those who are non-monogamous said they don’t use a condom every time they have sex.”

No one wants to talk about STI/D’s because they are afraid of scaring away someone they only want to hook up with because they are afraid of “killing the mood” or worse being seen as “dirty” or “damaged” for having had an STI. That feeling of being dirty comes from how we are taught about STI’s growing up. If you are told that you should wait for sex and that it is something that should only be shared with someone you love, then it makes sex something sacred in the minds of kids. Therefore if they engage in casual sex, even safe casual sex, and still end up getting an STI it makes them feel like they are being punished for being sexually active. Additionally, California is still the only state where teaching consent is part of sex education. Sadly, with the state of how sex education is going, it doesn’t seem like that is going to be changing in classrooms that already subscribe to abstinence-only education.

26 states in the US require that sex ed teachers emphasize abstinence as the main form of birth control and STD prevention, and only 13 states that mandate sex ed require the information be medically accurate. Abstinence-only education not only fails to delay the age when teens first have sex, but also fails to reduce unintended pregnancies and the spread of STDs. In some states, abstinence-only education prevents schools from teaching about consent and spotting sexual abuse. But it doesn’t look like this is getting better anytime soon: As Justin Lehmiller reports, the Trump administration’s proposed federal budget for 2018 seeks to spend $160 million on abstinence-until-marriage programs while eliminating funding for evidence-based sex education.

The video of the panel will be below, but since it is over an hour long I just wanted to give you guys some of the highlights:

Just remember, if you get an STI you are not dirty. Shit literally happens, for most, you can get treatment and those that don’t go away are manageable. Be kind to yourself and be honest with your partners, it may seem awkward at first, but just tell yourself this: wouldn’t you want to know?

This panel was part of “Sex Week: Unscrewing Ourselves”? The week is a part of a joint editorial, video and live-event series from Broadly and Tonic that’s exploring the sexual health and sex education today.

—The Mary Sue has a strict comment policy that forbids, but is not limited to, personal insults toward anyone,