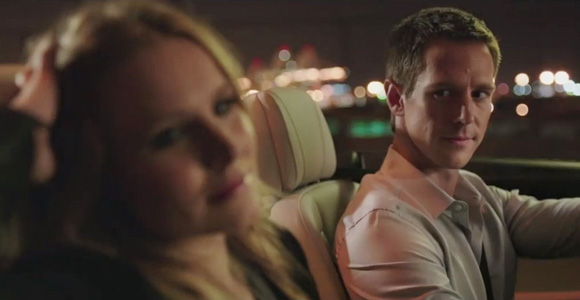 The amount of nerves I had right before viewing the Veronica Mars film were akin to senior finals in high school. Thankfully, it turned out I had nothing to worry about. The film passed with flying colors.

While I was late to the Veronica Mars party  (I had a weird aversion to it when it aired due to them pushing so hard post-Buffy the Vampire Slayer as the new lady character I should love), we became fast friends a few years ago. So it was with eager anticipation I consumed the film created thanks to Kickstarter support. Side note: I attempted to see the film in a theater with friends but all of the Manhattan showings I tried were sold out (woo!) so I wound up watching it by myself via Amazon Prime.

My curiosity as to how non-Veronica Mars viewers (like The Mary Sue’s Rebecca!) would take the film was quickly quenched by an opening sequence giving a primer to the entire series. After all, there wasn’t a whole lot to know, high school drama, girl wise beyond her years, awesome dad, etc. My fears about the film not being able to capture the magic, humor, that je ne sais quoi were also quickly dismissed as our lead, Veronica Mars, quickly tore down a sexist rival for a high-paying law job by pulling her middle finger out of her jacket pocket and miming lipstick application.

Ah, just where we left her.

Which may be my biggest problem with the film. We’re told nine years has passed since she left Neptune. Veronica has gone to law school, started a stable relationship with Piz, and seemingly hasn’t looked back. But while we’re told things have changed, and Veronica seems happy and healthy, all evidence leads to the contrary when she’s lured back home by past-lover Logan’s murder charge and stays there. That’s what was needed for the film obviously, but I couldn’t help but think back to where I was nine years ago and how much has changed in my life. While things have changed on the surface for many of our Neptune natives, it’s quickly back to status quo.

The main mystery of the Veronica Mars movie is the murder of Neptune high’s Carrie Bishop, aka pop-star Bonnie DeVille. Logan, having dated her for several years, is the prime suspect. He asks Veronica for help and she comes running, knowing he’s not guilty. And then he greets her at the airport in a Navy uniform.

I admit, they pretty much had me for the rest of the film, regardless of my critical eye. Damn you, Logan Echolls, DAMN YOU! Let me also include a few other points that killed me.

Logan standing by his car.

Logan, “Our story is epic.”

There’s just one other part of the film that must be mentioned. In the series, Veronica’s mother has an alcohol abuse problem. Veronica references this in several of her voiceovers in the film, comparing her personal addiction to danger, Neptune, and Logan to her mother’s serious issues. While we can judge the character for leaving a lucrative law firm and a wonderful boyfriend, there’s nothing inherently bad about her preference to work as a private investigator and live her life with Logan instead. I guess I felt the comparison made light of alcoholism unnecessarily. It didn’t take me out of the film but it did make me wonder.

We got sex tapes, pop-culture jokes, the popular crowd once again being tied up in a murder plot, a reference to Veronica’s alternate universe FBI profession, and karaoke. What else could we ask for? Sure, they name drop Kickstarter, Etsy, give TMZ their own starring role, and hawk Samsung products like it’s their job, but they also gave James Franco an oddly hilarious (and super nerdy) cameo, plus another from Kristen Bell’s real-life husband Dax Shepard. The film was able to fit in a great deal of the original actors as well but I was slightly surprised Duncan Kane wasn’t even mentioned considering what a large role he played in the series. We strayed into Buffy the Vampire Slayer-Willow territory with the talented Mac preferring to stay in Neptune rather than go off and make a disgusting amount of money anywhere else but I can live with it considering it meant she would start working with Veronica full time by the end.

We also had a significant body count I wasn’t expecting.

Overall, I was extremely satisfied with Veronica Mars, the film. I’d love for the series to be revived on television but barring that, I will accept one film a year. Rob Thomas, make it happen. If you continue to do work like this, your marshmallows will line up with cash in hand.