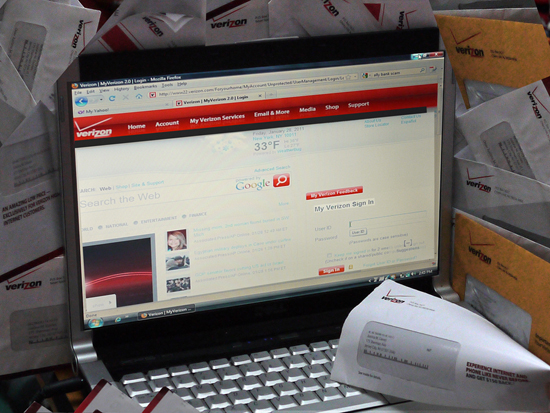 It’s all but confirmed that Verizon is looking to raise their FiOS broadband service plan rates. Due to their prevalence in markets where it’s available — and the fact that it’s simply one of the fastest services out there — it shouldn’t come as any surprise that they’re looking to improve on their revenue by charging more for what they consider to be a superior product. What isn’t quite as solid is whether Verizon will soon be improving their FiOS service plans as well.

Speaking at the 40th Annual J.P. Morgan Global Technology, Media and Telecom Conference, Fran Shammo basically said as much in regards to the price increases. Specifically, he said that they need “to do a better job in discipline of price increases” which roughly translates to “yeah, there is going to be some price hikes here shortly” for everyone. And he should know, considering Mr. Shammo is the Verizon CFO and Executive Vice President.

The reasoning here is that, due to the nature of premium services, folks are more likely to be willing to pay more. Supply and demand, after all, is the way of such things. But never fear, Verizon FiOS subscribers, there may very well be some silver lining to this cloud. Along with the increased rate, there are rumors that two of the tiers will have their speeds increased too. You’re welcome.

According to DSLReports, Verizon’s current 35mb tier will soon see a pretty staggering increase to 75mb downstream and 35mb upstream. In addition, the 25mb tier will become 50mb downstream with 25mb upstream. If this happens, awesome. If you’re in the right market for it. And you have Verizon. And you don’t mind the price increase. And you like the internet.