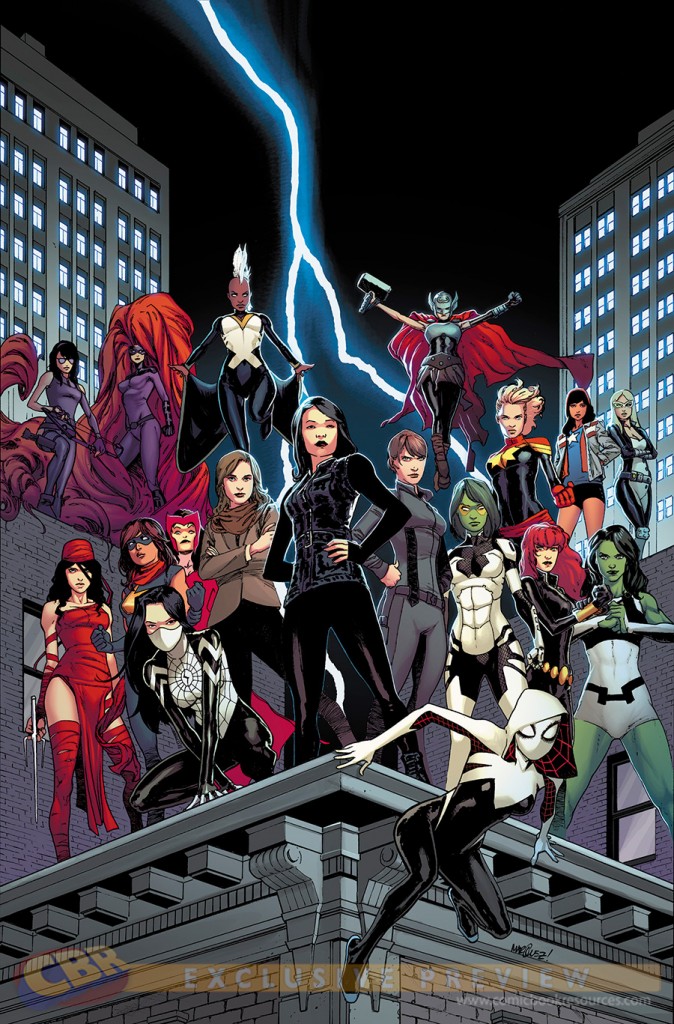 Hey, remember how Agents of SHIELD is getting a comic book? Well did you know that the first issue is going to have this amazing variant cover, from David Marquez and Frank Martin, featuring Melinda May, Agent Simmons, Maria Hill, and a whole host of Marvel comics’ lady heroes, from Spider-Gwen and Ms. Marvel to Medusa and Storm. Feast your eyes on the coolness!