Artist Regenerates Van Gogh’s Lost Ear, but How Long Before They Grow the Rest of Him? 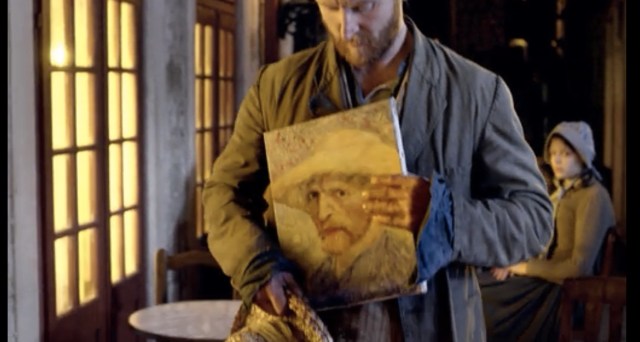 Ears! They’re always getting lopped off, amiright? Maybe not always, but Vincent van Gogh’s certainly did. Thankfully, a German museum has regrown Van Gogh’s lost… organ? Appendage? Flappy bit of cartilage? Ears are weird when you think about it, and so is regrowing them in a museum. 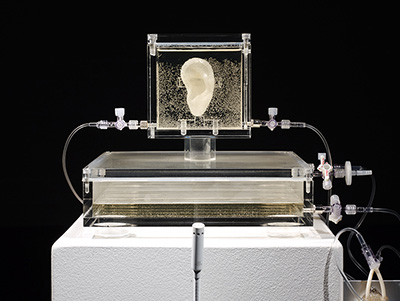 Image via The Center for Art and Media

Van Gogh’s great-great-grandnephew Lieuwe van Gogh provided a DNA sample to artist Diemut Strebe, who used it to produce a replica of the famously severed ear. The Center for Art and Media in Karlsruhe, Germany has been displaying the reproduction.

Cells cultured from the sample were 3D-printed into the ear at Boston’s Brigham and Women’s Hospital and the finished product is being displayed at The Center for Art and Media in Karlsruhe, Germany encased in a liquid that feeds the cells and keeps the ear “alive.”

The ear isn’t just for show, either. It’s listening—sort of. The museum’s description of the installation says:

You can talk to the ear. The input sound is processed by a computer using software that converts it to simulate nerve impulses in real time. The speaker remains in soliloquy. The crackling sound that is produced is used to outline absence instead of presence.

Stebe has plans to use the mitochondrial DNA of a female relative of Van Gogh for future work, which we can only imagine will be a full-on Van Gogh Terminator robot.

(via The Associated Press, image via Doctor Who)