Are you still there? 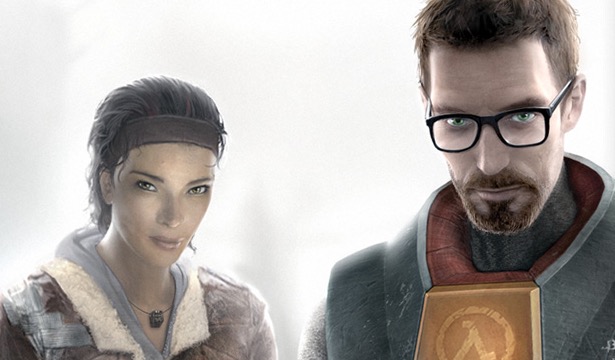 The anticipated sequel to Valve’s 2004 game, Half-Life 2, has left fans waiting for so long that it’s long since become a meme, but some day, it may stop being a joke and become a real game we can play. Valve co-founder Gabe Newell threw some new fuel on the fire in his Reddit AMA, wherein he gave some one-word answers that left the door open on new possibilities for the Half-Life universe.

Whether or not whatever Valve is working on winds up actually being “Half-Life 3,” the game’s universe also including the incredibly popular (and great) Portal games, whatever comes of Newell’s words is likely to be a great game. First, when asked if Valve was working on any new, single-player titles, Newell responded with a simple, “Yes.” Valve has a ton of compelling multiplayer games, including Left 4 Dead, Team Fortress and its sequel, and the Counter-Strike games (themselves beginning as a Half-Life mod), but a new single-player experience from the developer is an exciting prospect.

Then, Newell also answered that Valve would consider a “new IP” (intellectual property—think “new series”) within Half-Life’s universe, with a simple “yep.” Unfortunately, that would mean not a direct sequel to Half-Life 2, but with Valve’s strong track record and the Portal series’ success, it’s hard not to be excited about it anyway. It also doesn’t rule out a direct sequel, either, and we’ll take what we can get at this point.

Meanwhile, Newell also confirmed that the movies the game developer has reportedly been working on with J.J. Abrams are very much still on the way, saying, “They’re coming.” Will the partnership finally bring us a good video game movie? For now, we can hope. For more tidbits, head over and take a look at the summary of Newell’s AMA.

(via Eurogamer, image via Valve)