J.J. Abrams Says Those Portal and Half-Life Movies Are Still In Development 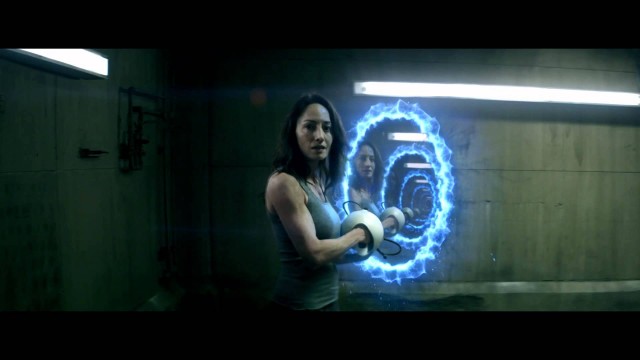 Remember the Portal and Half-Life movie adaptations that J.J. Abrams and Valve began working on three years ago? Apparently, those movies are still in development, or so Abrams told IGN:

IGN: You reportedly have been working on a Portal and a Half-Life movie — producing them. Is there a status update you can give us on those?

Abrams: Not yet, but they’re in development, and we’ve got writers, and we’re working on both of those stories. But, uh, nothing that would be exciting — [laughs] an exciting update.

It may not sound like an exciting update to J.J. Abrams, but personally, I had long since assumed that these movies wouldn’t happen. Considering how picky Valve co-founder Gabe Newell has historically felt about movie pitches for Half-Life, it makes sense that it’s taken the team so long to find writers and ideas that could potentially work.

Coincidentially (or perhaps not so coincidentally), 10 Cloverfield Lane‘s director Dan Trachtenberg first caught notice for his own Portal fan film, titled Portal: No Escape. The Portal movie obviously isn’t far enough along to require a director yet, but it doesn’t seem unlikely to speculate that Trachtenberg might end up attached to the project, since J.J. Abrams already facilitated Trachtenberg’s feature directorial debut based on the success of a short Portal fan film. Perhaps J.J. Abrams wanted to see what Trachtenberg could do with a feature-length movie, in the hopes that eventually he’d be ready to helm a Portal movie.

Personally, I’d be more interested in seeing a Portal movie rather than Half-Life, since there’s more opportunity for creative freedom and risk-taking with the former franchise. Anything Half-Life-related will have to navigate the non-existence of Half-Life 3, and will inevitably fail to meet the fandom’s expectations. But that’s just my opinion! What do you all think?