School District Bans Adventures of Huckleberry Finn, and Why Banning Books Is the Last Thing We Need in “Trump’s America” 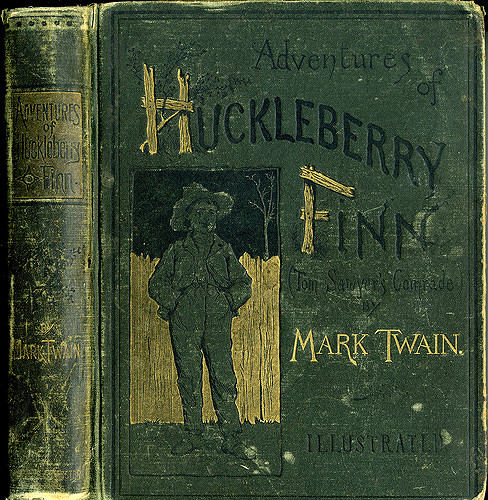 This has all happened before, and it will all happen again. This being, of course, a school banning The Adventures of Huckleberry Finn for its liberal use of the n-word throughout its pages. Also being banned for the same reason: To Kill a Mockingbird.

As reported by CBS affiliate WTVR in Virginia, Accomack County Public Schools have temporarily banned the classic novels until “further review” after a parent filed a “Request for Reconsideration of Learning Resources” form about the books. At a recent school board meeting, the mother said, “There’s so much racial slurs and defensive wording in there that you can’t get past that. Right now, we are a nation divided as it is.” Another parent, Teresa Wilkins, whose children attend ACPS, supported the move saying, “It’s in a book and they’ll feel that they are able to say that to anybody, and so I don’t feel that that should be done.”

However, not all parents are on board. One of them, named Donna Natoli, said, “I think we’re sending a message to our children that if you don’t talk about something, it doesn’t exist.”

So, what happens now? As CBS reports, a “review committee consisting of the principal, the library media specialist, the classroom teacher (if involved), a parent and/or student, and the complaint will convene” to discuss the issue and make a final decision.

Here’s the thing: The Adventures of Huckleberry Finn, and to a lesser extent, To Kill a Mockingbird, have a long history of being banned in schools. Every couple of decades, people remember that characters in it say the n-word and decide that enough is enough. Well-intentioned though these people might be, there are a couple of problems with this.

The anonymous mother at the beginning of this post says that “Right now, we are a nation divided as it is.” We’ve always been a divided nation. If Ava DuVernay’s brilliant, if difficult to watch, documentary 13th has shown us anything, it’s that racism was consciously built into our nation at all levels and in all institutions. Books like these aren’t going to “remind” or “teach” students anything that isn’t already available to be experienced out in the world. To ban this book, as if that will prevent racism, or as if racism like this is “in the past” and so we should only focus on books that are “more acceptable” to a contemporary audience is to ignore the fact that racism in the US isn’t something that’s ever stopped.

What’s interesting is that this mother talks about us being a nation divided right now, surely in reference to the recent election and political climate. She’s not entirely wrong that the racial divides in this country are more pronounced at the moment. However, something else that’s true of our current political climate is that freedom of speech and dissent is in danger.

Nobody should be allowed to burn the American flag – if they do, there must be consequences – perhaps loss of citizenship or year in jail!

The Theater must always be a safe and special place.The cast of Hamilton was very rude last night to a very good man, Mike Pence. Apologize!

We see this in the way that President-elect Trump demands apologies from Broadway musicals and protesters who dare respectfully express their views while having zero problem with his own supporters expressing their displeasure with his critics at rallies with violence. We see it in the way Trump supporters like Tomi Lahren equate protest with weakness and victimhood. We are headed into an administration that has a very different idea of what First Amendment rights mean than we do. The last thing our institutions need to be doing is self-censoring, as they will likely be dealing with outside censoring before too long.

Now, I’m all for shaking up our “literary canon,” which is primarily white and Euro-centric. We don’t have to continue teaching the same books in the same grades for all of time, and if that means that Huckleberry Finn is off the curriculum for years at a stretch, great. Let’s give some other brilliant books a whirl! But I can’t get behind permanently banning the book for these reasons.

And here’s where the oft-misunderstood trigger warnings come into play. Here is a perfect time when warnings like that would be useful, because there are some students for whom reading the n-word over and over might get at certain traumas, and those students should be as prepared and forewarned as possible before they read the book. And if their parents decide they don’t want their child reading this particular book, the teacher should have an equally important to literature choice available as an alternative.

This situation allows a perfect illustration between a trigger warning and a ban. A trigger warning is just that, a warning. Students are told what to expect, and they can prepare deal with it in ways that are healthy and constructive for them. Things like trigger warnings could actually be used to prevent things like bans.

The book may be banned for a bit, but I’m sure (I hope) that the First Amendment will win out in the end, and teachers will be able to continue to use Huckleberry Finn as a way to teach children about the complexities of race relations, rather than sheltering them from it and leaving them ill-equipped for the world.

(via Uproxx, image via William Creswell/Flickr)