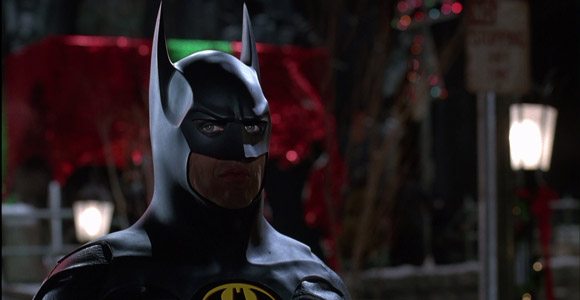 Michael Uslan grew up on Batman and after being disappointed with his debut on the small screen in the 60s, he made it his goal to bring a better Batman to life. He acquired the film rights in 1979 but it took him ten years to make his dream come true with 1989’s Batman. Since then, he’s produced every Batman film and has some perspective to share as it pertains to controversial casting decisions.

In an interview with EP Daily, Uslan discussed what Ben Affleck’s casting means to him:

We went through it all with Michael Keaton. I lead the charge from the first time I heard Tim (Burton) was thinking of hiring Michael Keaton to play Batman. I’d go, ‘Oh my god, all the work, I’ve put in all these years to do a dark and serious Batman, he’s going to hire a comedian!’ I could envision the posters: ‘Mr. Mom is Batman,’ but then he explained his vision, he had a vision, and he was right. This is all about Bruce Wayne, it’s not about Batman, it’s all about Bruce Wayne. If you’re trying to do a serious, dark superhero, people have to believe in Bruce Wayne as that obsessed driven guy, to the point maybe of almost being psychotic. A guy who would get dressed up as a bat and do what he did. So we went through the hoopla with Michael Keaton. The fans were the same reaction that I had initially, except I had the benefit of hearing a vision right away. Then when they actually went to see the movie they never wanted to anyone else to play Batman, never.

And then he brought up the modern-day Christopher Nolan films, where the controversy wasn’t about who would play Batman, but the Joker.

A number of years go by, and then all of a sudden the torches and the pitchforks go up, ‘oh my god, the guy that played the gay cowboy is going to be The Joker? They’re going to destroy the greatest super villain in history. And then after Heath Ledger’s performance, when they actually went to see it, nobody ever wanted The Joker played by another actor again. So here we are, with an academy award winning filmmaker. You look at his last bunch of movies, Hollywoodland he had me convinced he was George Reeves. The Town, Argo, just really, really great quality of work. Again, I’ll go back to what Tim said in the beginning, it’s all about Bruce Wayne, and when you focus on it, Bruce Wayne, maybe in his mid-forties, what’s he going to be feeling? What’s he going to be thinking? What does he have on his plate to deal with? I just couldn’t be more excited about it.

I think Uslan hits it on the head with his comment about having the benefit of hearing the vision. We can complain all we want about casting but until we actually know what they’re going for and see the film, we have no idea if it will actually work. And while some like to throw out the Keaton/Ledger examples of controversial casting that worked every single time someone cries foul, there’s plenty that didn’t, and not for a lack of vision. So it’s always a toss-up.

In other Bat-news, over the weekend we learned the next actor set to play James Gordon. Southland star Ben McKenzie will lead the cast of Fox’s upcoming Gotham TV series.