How dare you not buy every game at full price the exact moment it's released? You should feel bad. 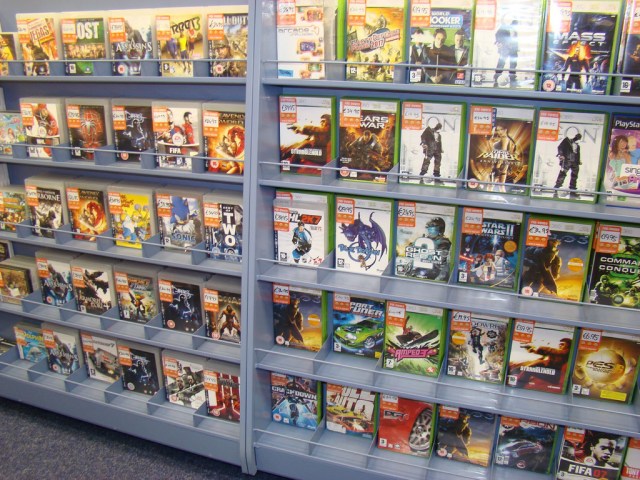 Despite the popularity of the Gears of War series, game designer Cliff Bleszinski isn’t particularly well known for his ability to embrace the gaming culture that exists outside the industry’s interests. That’s probably why he recently sent out a series of tweets backing XBox One’s decision to make reselling used games a thing of the past. According to him, that’s the only way to save the $60 game model — and the entire gaming industry as a result — from collapsing. Yes, because it’s not the industry’s fault for making games so expensive, it’s your fault for not being able to afford them at the full retail price. Silly you, choosing to spend that money on food or rent!

Here’s what he tweeted:

You cannot have game and marketing budgets this high while also having used and rental games existing. The numbers do NOT work people.

>But then why not just stop making games so expensive in the first place so that consumers are less likely to buy and resell their games in order to be able to play them at all? Those games don’t spontaneously become used, after all — those who buy and play them immediately upon release are reselling them in order to offset the original price to begin with. Perhaps the gaming industry should be taking this into account when setting their game budgets in the first place.

Those of you telling me “then just lower game budgets” do understand how silly you sound, right? — Cliff Bleszinski (@therealcliffyb) June 13, 2013

The visual fidelity and feature sets we expect from games now come with sky high costs. Assasins Creed games are made by thousands of devs. — Cliff Bleszinski (@therealcliffyb) June 12, 2013

Newsflash. This is why you’re seeing free to play and microtransactions everywhere. The disc based day one $60 model is crumbling. — Cliff Bleszinski (@therealcliffyb) June 12, 2013

Never mind that free to play and microtransaction games are reaching literally millions of people nationwide because of how easy they are to obtain, and that many smaller studios are able to churn out very good games on a budget despite not achieving the mysterious AAA status. But no, it’s still not the business’s fault that its own model is broken; it’s ours.

Oh, and Bleszinski also took the chance to weigh in on the XBox One’s 24-hour Internet requirement, in case you weren’t already kind of frustrated with him:

If you can afford high speed internet and you can’t get it where you live direct your rage at who is responsible for pipe blocking you.

I mean, I sort of get where he’s coming from here — the fact that high speed internet isn’t available everywhere isn’t actually Microsoft’s fault, it’s the fault of high speed internet companies.  However, that also sounds like the gaming equivalent of the “love or leave it” retort you get in political discussions. Yes, it would be great if everyone who didn’t agree with your politics could afford to pack it up and move to a different country, but that’s sort of ridiculous to expect people to do. You know, just like expecting consumers to successfully lobby an extremely unreliable third party company just so they’re able to use Microsoft products at all is a bit too much when you could just make it easier for those people to use Microsoft products in their current situation. Which, by the way, wouldn’t be leaving out gamers serving in the armed forces who kind of can’t help that the base they’re stationed at doesn’t have high speed internet and absolutely can’t do anything about it.

Then again, XBox One probably doesn’t even work in a good number of those countries anyway. Oh well!

(via TechDirt, image via Cian Ginty)