US Clown Shortage Is Nothing To Laugh About

Send in the clowns! For the love of God, send them in! 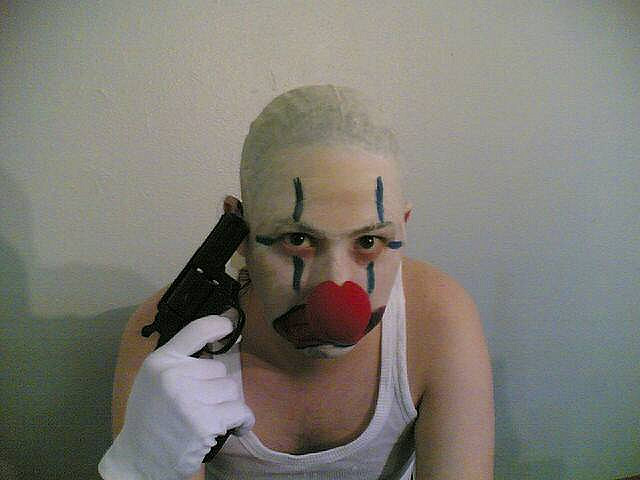 If you’ve noticed that clowns today seem a little older and more desperate than you might expect, that’s not just your innate clown bias talking–the US is currently experiencing an unprecedented shortage of the nightmare inducing funny guys. We’re also facing a fuel crisis and terrible droughts, but come on: this is a matter of national morale.

In an interview with The New York Daily News, The Clowns of America International President Glen Kohlberger warned that unless immediate action is taken, the time-honored profession of clowning may soon be just a horrifying memory.

Explains the ambassador for old-school buffoonery, “What’s happening is attrition. The older clowns are passing away.”

When older clowns move on to the big top in the sky, Kohlberger says the youth of today aren’t waiting to fill their over-sized shoes, possibly due to the profession’s poor pay (or it’s overall scariness.)

Kohlberger explains that most clowns earn just $200 or $300 per appearance–which seems like a lot to me as a non-clown, especially if the performer is pennywise, but perhaps there’s a lot of overhead I’m not accounting for.

Deanna Hartmier, President of the World Clown Association, says nearly all of the organization’s members are over 40–in other words, young blood must get involved ASAP for the organization to continue once the old guard retires or passes away.

Unfortunately it doesn’t look good for the Association, whose numbers dropped from 3,500 in 2004 to 2500 this year. 2,500 still sounds like a fairly scary amount of clowns to me, but that’s barely enough to fill one car.

One way Hartmier could increase the younger generation’s interest in her Association? Update their website. 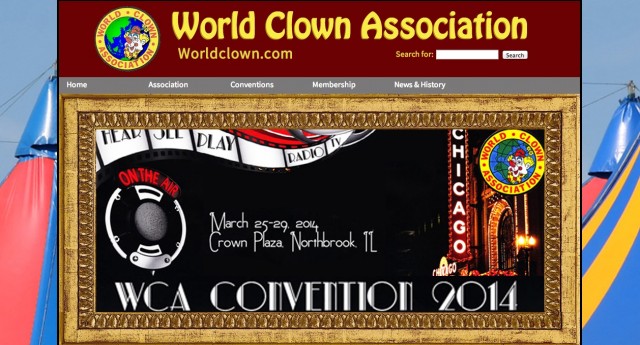 Clowns might be good at dodging pies, but apparently they’re just horrible at web and logo design.

Kohlberger says that clowning is just not hip nowadays (a notion that is, as I said, definitely confirmed by clowns’ inability to code.) “What happens is [the younger generation] go on to high school and college and clowning isn’t cool anymore,” he laments.

One reason clowning no longer has the cache Kohlberger claims it used to?

An article in The Independent links the sinister portrayal of clowns in pop culture to declining interest in the art form, saying movies like IT and The Devil’s Rejects have done nothing to increase people’s fondness for the profession. John Wayne Gacy probably didn’t help much either.

Regardless, if Twitter is any indication of clowning trends, the world isn’t as “over” our wig-wearing jesters as low membership might  indicate. The handle #clownshortage is oddly popular, with one of my favorite tweets coming from the wits at RMS Medical Billing.

@espngolic There is not a current #clownshortage they all currently reside in DC. ~ Brice

So, clowning isn’t dead, necessarily. Today’s jokesters just have a different way of getting their jollies. Unfortunately for Kohlberger and Hartmier,  the profession as they know it will need to adapt considerably to remain relevant in the modern world.

So, clowns of America: update your websites, get Twitter, and wipe that teardrop makeup off your face. The future will make way for you weirdos, if you make way for the future.

Alternatively, consider miming. I haven’t heard anything about mimes going extinct yet. Then again, would I?

(via The Independent, images via Wiley Wiggins)