The U.S. Isn't Into Social Networking as Much as You'd Think, and Females are Into It More Than Males 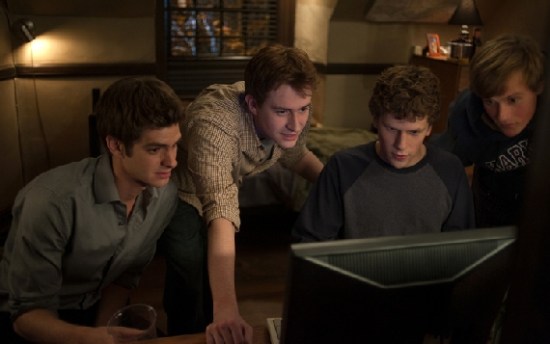 A recent report released by comScore has revealed that the United States isn’t into social networking as much you might think. Yes, even though whenever you walk by a coworker’s computer you can spy Facebook opened in a tab, or anytime you go into a heavily populated area, it seems everyone is tweeting or Instagramming or Facebooking on their phone. Though social networking is the most popular online activity in the world, and accounts for 1 in 5 minutes spent online, and reaches 82% of the world’s Internet population, somehow, the U.S. doesn’t care as much as your eyes and these stats would have you believe. Israel cares, though, deeply so, as they are far and away the world’s biggest social networking addicts by a fairly large margin.

Unexpectedly, the U.S. doesn’t fall into the top ten, trailing even Canada, the place we Americans say we’re from when traveling abroad.

Ranked by number of hours dumped into social networking by region, Latin America stands at the top of the mountain, followed by Europe, North America, while Asia Pacific brings up the rear. 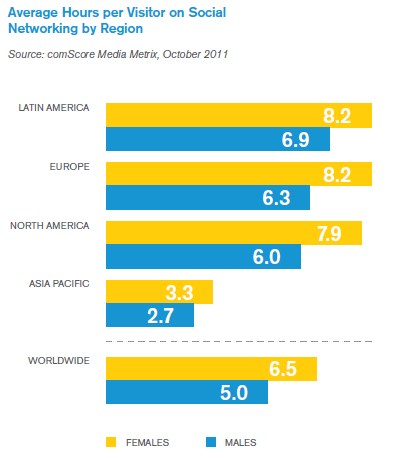 As seen above, the report also found that females in every region used social networks much more than males, with Asia Pacific being the region with the smallest gap between usage.

A theory as to why the U.S. isn’t sitting atop these rankings — something that we should probably be proud we’re not — is because we’ve had social networks roughly forever, and the U.S. social networking honeymoon period is over, though other regions in the world may still be experiencing their own.

So, good work, United States, for being totally obsessed with social networking, but only in short, intermittent bursts that aren’t enough to claim the top spot of obsession.

(comScore via The Next Web)