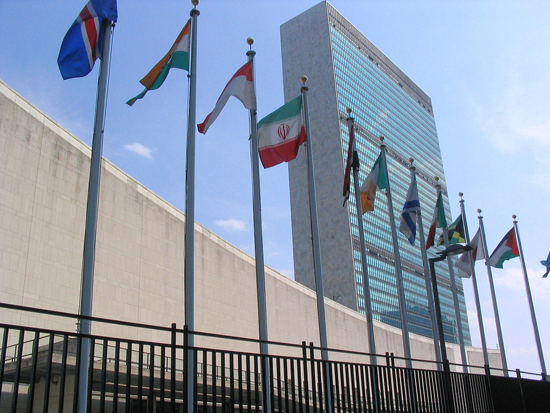 You might want to sit down. Are you sitting down? Okay, good. This might come as a shock, so brace yourselves: People use the Internet, and sometimes they might use it to conduct shady activities like, you know, terrorism. That’s why the United Nations thinks we should identify Internet users before allowing them access. Also, social media is a haven for terrorists. In essence, the entire Internet might be harboring bad people, and needs to be watched more closely.

“Potential terrorists use advanced communications technology often involving the Internet to reach a worldwide audience with relative anonymity and at a low cost,” said Yury Fedotov, executive director of the U.N. Office on Drugs and Crime (UNODC).

The report, released at a conference in Vienna convened by UNODC, concludes that “one of the major problems confronting all law enforcement agencies is the lack of an internationally agreed framework for retention of data held by ISPs.” Europe, but not the U.S. or most other nations, has enacted a mandatory data-retention law.

That darn Internet. It’s always getting itself into trouble by being so horrifically open. It’s much better to agree on tracking everyone on the Internet at all times than it is to allow what potentially could maybe possibly eventually be terrorism. Who needs privacy, right?