Joss Whedon and Kevin Feige Talk About That Avengers: Age of Ultron Death; We Are Not Convinced 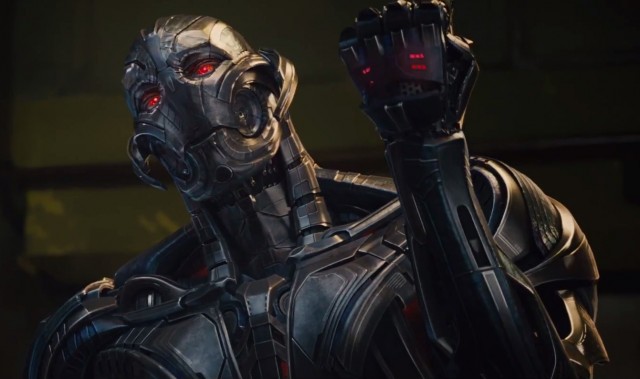 Avengers: Age of Ultron has undoubtedly been another huge success for Marvel, but that doesn’t mean it’s perfect. Writer/director Joss Whedon and Marvel’s Kevin Feige have given some insight into a particular scene that some of us felt was a bit lacking, and their answers don’t do a whole lot to change our minds.

This post will contain spoilers for Age of Ultron below the gif if you’re the one person on Earth who hasn’t seen the movie yet.

If you’re still here, you’re aware that Quicksilver died at the end of Age of Ultron, and you may have been left wondering, “Why?” While we’re glad that at least it was a male character who got “fridged” as emotional fuel for a female character—his sister, Scarlet Witch—for once, the death in general seemed like a bit of a cop-out in the face of all the “some of us might not make it through this” foreshadowing.

Marvel’s Kevin Feige explained to MTV that it was supposed to feel like the opposite and that “it adds stakes to the ending of the film.” He went on to say that it was intended to show repercussions to Ultron’s actions, and also in a way to solidify Scarlet Witch’s character, and Wanda’s arc in the movie and where we’ll see her in the next films.”

Whedon himself also weighed in on the Empire Podcast, saying, “I knew that it would be resonant, and it would make everything else work better and matter more.” He explained that it was always his intent to have the comically cocky Quicksilver die saving a guy who truly hated him—Hawkeye—and that only franchise-minded executives could have stopped him, but the reason that the death was intended to drive home consequences is exactly why Quicksilver was the wrong character to kill.

Here’s the entire podcast if you’re interested in hearing more:

Don’t get me wrong; the death itself is fine, but Hawkeye should’ve died with him—not because I wanted Hawkeye to die, but because I didn’t. After the scenes with his family and the angst over the danger of his mission relative to his capabilities, Hawkeye’s death would’ve been the one that had the chance to really drive home the consequences of what the Avengers do in a way killing a brand new character just could never accomplish.

It’s hard to blame Whedon, because if he was worried that executives wouldn’t even let him kill Quicksilver, I’m sure Hawkeye was well off-limits, but it would’ve been a much less hollow attempt at showing repercussions. Hell, the two of them could’ve begrudgingly teamed up for one last rescue and gone down getting each others’ backs unexpectedly, and it would’ve had the same character dynamic with way more emotional impact.

But that’s the problem inherent with Marvel’s shared universe franchise plan. Whedon has said that he also had to fight to keep Hawkeye’s farmhouse in the movie to begin with and was forced to include Thor’s mystical cave pool side plot in the interest of future Avengers developments, so it’s easy to imagine that some of Ultron‘s failings—again, despite how much we enjoyed it—were the unfortunate result of business meddling.

Allow Thor to sum up our feelings on taking chances but only halfway: