His Schwarzenegger skin-suit must not be ready yet. 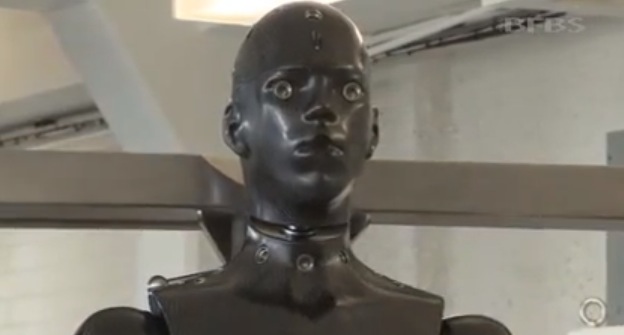 If you thought the US was the only country building an army of robot nightmares, the UK’s Porton Man robot soldier will assure you that no corner of the globe is safe from uncanny valley-fueled horror. Guys, I’m pretty sure they robots will make their own soldiers once they reach sentience. No need to help.

Porton Man was only just announced, but he’s actually the second version of the UK’s robot military force. The new version has clearly made advancements in having eyes that are terrifyingly far apart and looking like an incredibly unsettling version of the “sudden realization Ralph” meme: 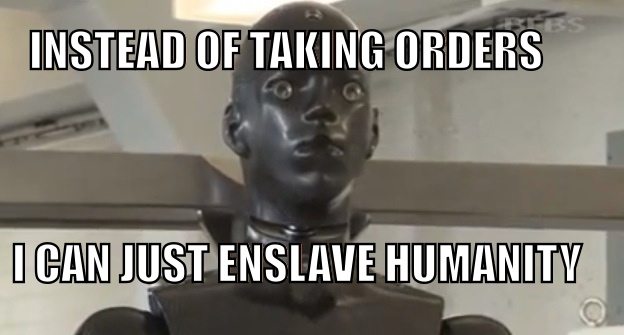 The manufacturer of our future robot overlords, i-bodi (which has what appears to be some kind of robot face-vacuum on the front page of its website), also dropped about 30 pounds off of the first version’s weight of 176 pounds. I’m sure they told Porton Man it was just for design and logistical reasons, but it’s nice to know they’ve made sure that a lot of us will have a weight advantage when we meet Porton Man in hand-to-hand combat.

Luckily for us, he’s not ready to hit the battlefield. Porton Man will be used in a similar manner to PETMAN, which is to test gear that soldiers will wear to make sure it works as intended. He’s got over 100 sensors all over his body to make sure everything’s working right and keeping hazardous chemicals out (and probably to sense our fear). The new model has big range-of-movement improvements over his predecessor so that he can put the gear through all of the things soldiers do, such as sit, squat, and run like the T-1000.

For the rest of his terrifying antics, you can see Porton Man in action below. Be warned: he can also move his creepy head around to stare at you with his soulless eyes.

(via Gizmodo, image via British Forces News and Glen Tickle)