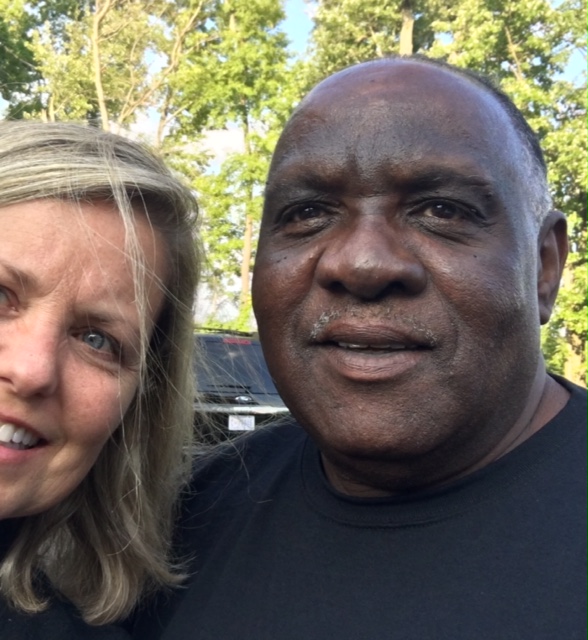 Despite the bad things you sometimes hear about certain ridesharing services, the fact is that ridesharing also allows people an opportunity to connect. For one passenger and her driver, that connection allowed a father to go see his son compete in the 2016 Rio Summer Olympics.

At the end of last month, Liz Willock was taking an hour-long trip to Philadelphia in an Uber when she struck up a conversation with her driver, Ellis Hill. The proud father mentioned that his son, Darrell, is competing in the Rio Summer Games this year in Track and Field in the shot put event. He also revealed his sorrow at not being able to afford to attend the games to watch him compete.

Willock decided to try to help. According to an interview with People Magazine, she said, “It was devastating to hear that. Here’s this wonderful man who has a close relationship with his son and I know any parent would want to see their son or daughter compete at the Olympics, but it was very understandable how that could be out of reach.”

Two days after their meeting, she decided to set up a GoFundMe page to help send Hill to Rio, and that page has since made its goal with a little extra ($8,200) before being closed to donations. Hill will now be able to watch his son compete in shot put at the world’s largest sporting event. According to the GoFundMe page, Darrell was “Born in Darby, Pennsylvania, [and] competed for Penn State University and recently graduated with a degree in Rehabilitation and Human Service.” Naturally, he was thrilled that his dad would now be able to make the trip, and he expressed his gratitude on Twitter:

Would like to personally thank everyone who donated to help my Dad get to Rio, we achieved our goal. God is Good. #Thankful

Darrell and his dad just sound awesome, and I’m thrilled that Hill Senior has been able to fly to Rio to root for his son and the rest of Team USA. It’s also really awesome that Willock’s gut response to hearing something like this was to figure out how she could help and getting her network on it. Not to be left out of the act, Uber, according to Business Insider, will be “providing Ellis with a $250 gift certificate to a restaurant in Rio and $1,000 in Uber credits to use while he’s in Brazil.”

People finding common ground, helping each other, and encouraging excellence in each other. Seems to me that this is what the Olympic Games are all about!