Tyrese Still Wants Green Lantern; Had “A Couple of Meetings” with WB 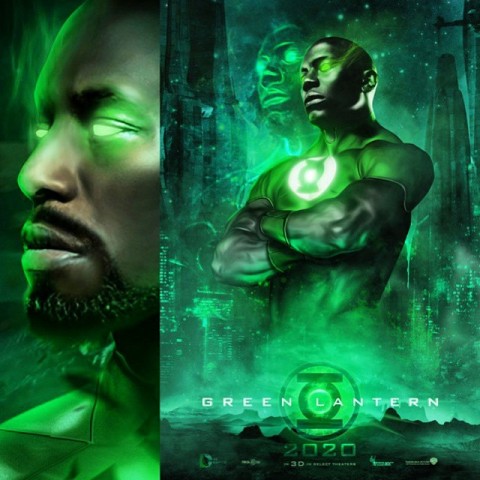 Tyrese Gibson of The Fast and the Furious fame has been on a mission to lock down a role in the Green Lantern reboot slated for 2020. Inspired by the fan-art of himself in the role, Tyrese had a meeting with Warner Brothers about the picture last June, and confirmed today that he’s now had “a couple of meetings” with the studio.

In an interview with Collider, Tyrese reiterated his emotional investment in the project:

I am going to commit myself to this process, of seeing what’s possible … I do believe that there needs to be more black superheroes out there, but that’s not even my motivation. I think I would be the best Green Lantern, and based on my fans and supporters that spent around $6 billion in box office receipts, I feel like there’s a fanbase of fans out there waiting to see me put on this green suit and do my thing. So I would love to confirm something today but I can’t. We’ll just keep following up.

Sounds like Tyrese’s fans may want to start sending their fan-art to Warner Brothers directly, since they’re the ones who still need convincing!