Tyler Hoechlin Talks New Superman Outfit: “It Belongs to Everyone That Finds Some Kind of Meaning in That Suit” 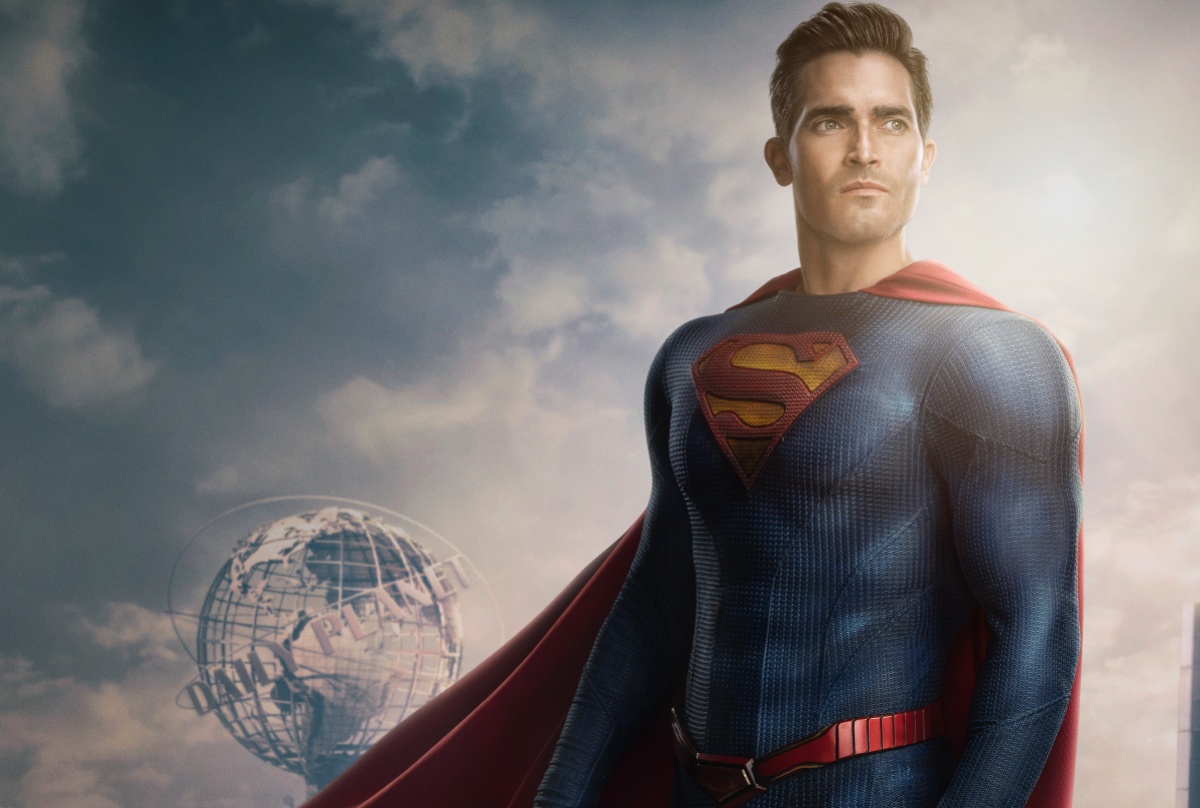 Despite The CW’s Supergirl ending in 2021, there will be someone else carrying on the super legacy in the meantime. The network’s Superman & Lois (kicking off in February) will star Taylor Hoechlin and Elizabeth “Bitsie” Tulloch as the titular couple team, and that means new costumes!

Carrying on the symbol. #SupermanAndLois premieres Tuesday, February 23! Stream next day free only on The CW. pic.twitter.com/ZPdz90PLB0

Using the harsh blue that has become the de facto look of the modern Superman franchise, Hoechlin is dressed in a classic Superman outfit—though no undies, sadly. Instead of the clasp-like cape he had before, this one is tucked into the collar of the suit, and the belt has been changed. It’s simple, but it looks good.

“I find that the new suit is representative of the show,” said Hoechlin in a press statement. “Just as this suit is unique and set apart from the ones that preceded it, the story we’re telling about Clark/Superman at this point in his life is unique and something we’ve never seen before. I appreciate the opportunity to wear the suit and the responsibility that comes with it.”

“But it’s always interesting when I’m asked how I feel about ‘my new suit,’ because I’ve always felt that the suit doesn’t belong to me; it belongs to everyone that finds some kind of meaning in that suit, in the symbol on the chest,” he continued. “I just happen to be the one wearing it. I come from the world of baseball and a line of coaches that always preached that the name on the front of the jersey is more important than the one on the back. Because when you wear that jersey, it represents not only you, but your entire team, and everyone that has ever worn that jersey that came before you. So when I wear the suit, that’s what it means to me. It represents everything that Superman stands for and has stood for, for almost a century now. And I look forward to carrying on that tradition.”

That is an awesome, refreshing mentality considering the Superman actor from 1993’s similarly named Lois & Clark is kind of a turd in a box.

The new costume was designed by Laura Jean Shannon:

We got Superman into some custom athletic inspired Super-Boots as a ‘jumping off point’ and focused on a new neckline and cape to maximize the billowing and movement we all love to see in the books and films that have defined this character for generations. A streamlined muscle structure and updated paint job combined with some dynamic design lines and a sculpted armored belt all took his established custom fabric into a new direction to solidify the new look for Superman in Superman & Lois.

The series is meant to be an exploration of Superman and Lois Lane as working superhero parents in today’s society, so it is sure to give me all the feels I expect from a Superman product. Also, I was this many days old when I found out that Emmanuelle Chriqui will be starring as Lana Lang. Literally, cannot wait for that.