It's going to be a busy season. 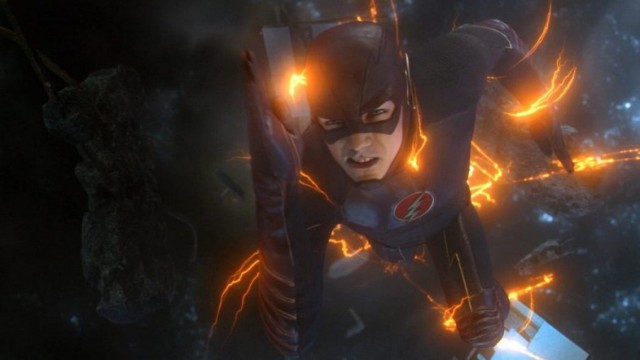 Barry Allen’s going to have his hands full when season 3 of The Flash returns in a couple months. So far: we know the Central City crew is not only going to be facing Gorilla Grodd again after sending him to a land of gorillas, but they’re also sharing a musical two-parter episode with Supergirl in its first season as part of the DC CW family.

Before the Flash even gets to those storylines, however, he’s going to be dealing with two brand-new villains popping up in early episodes of the third season–metahuman Magenta, played by Joey King, and The Top, played by Ashley Rickards (the latter of which is actually male in the comics).

To give you a little backstory on both characters: Magenta, who in the comics is a one-time love interest of Wally West (perhaps we’ll see that visited in the show?) has the ability to generate and control magnetic fields. Her powers also enable her to disrupt electronic systems and create a magnetic aura which she can use to fly.

The Top, meanwhile, originates in the comics as a lower-level thief who uses his obsession with spinning tops to teach himself to spin at an increased speed–which later allows him to do things like deflect bullets. While the comics version initially finds himself in a relationship with Golden Glider (aka Captain Cold’s sister), it’s unclear if this female Top will find herself pairing up with the same characters or others in the Flash’s gallery of rogues.

We won’t have to wait very long to meet these new villains, either; it’s being reported that Magenta and the Top will debut in episodes 3 and 4, respectively. Season three of The Flash will premiere on October 3.