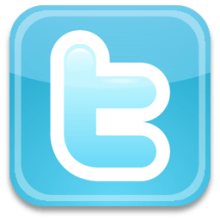 Word on the street has it that Twitter is currently in the planning stages to increase the visibility of advertisements on the service. Since Twitter has historically been unable to create the same kind of revenue that competing social networking sites make (coughFacebookcough), the company is now exploring a number of ways to make their already present advertising a little more prominent. Possibilities include placing ‘promoted tweets’ in the main tweet-steam; offering and promoting Groupon-esque, limited time offers; and commercial media management tools that would allow advertising accounts to pre-schedule tweets.

These moves could prove risky however, as Twitter users have become accustomed to the present level of advertising and have responded aversely to changes in the past. When the Twitter for iPhone app introduced the ‘Quickbar’, which gave promoted tweets some preferential treatment, users complained loudly enough that the feature was ultimately removed. For the moment, there’s no telling what advertising changes will actually be made on the service, but users of any service usually don’t react well to more advertising. Twitter definitely makes a good platform for ads, but this may prove to be a little too much a little too late in the game.